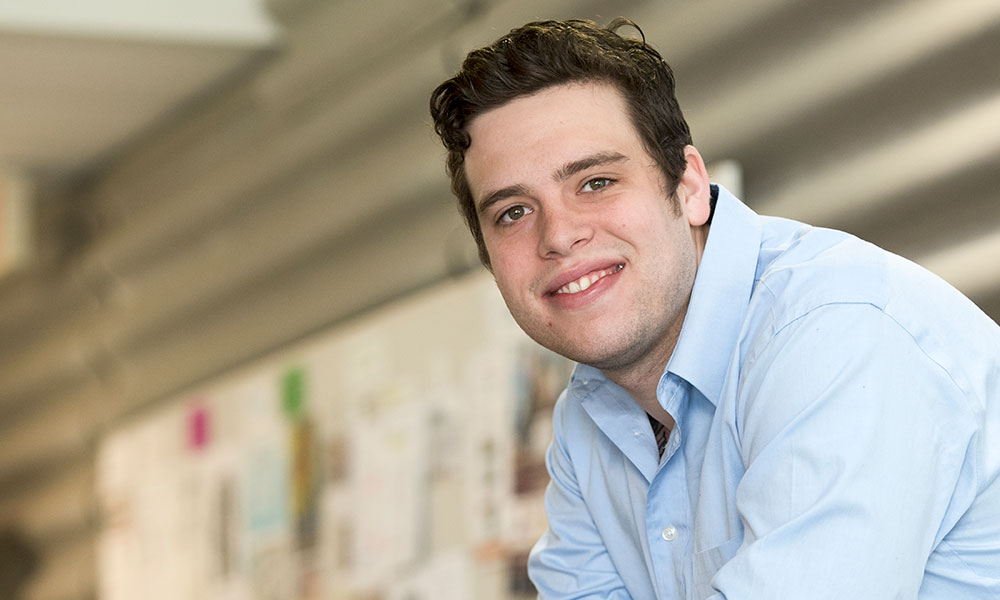 “My professor taught me a magic trick: how to make five sentences into one.”

A FEW WINTERS installing heating systems in the Yukon’s “glorious winter” prompted Cole Mash to rethink his passions: books, writing, and literature. Although a college professor inspired his direction in the arts, it was Faculty of Creative and Critical Studies (FCCS) Assistant Professor Karis Shearer who created the undergraduate research opportunities, which helped Mash to professionalize his approach to English and creative writing.

“Dr. Shearer has been a huge support,” says Mash. “She has given me many opportunities and only asked that I work hard. She changed how I looked at literature and showed me there is an exciting career to be had talking about books. And she taught me a magic trick: how to make five sentences into one.”

Mash received a UBC Undergraduate Student Research Award to write a biographical study, The Poetics of Teaching, on UBC’s former professor Warren Tallman. “The experience changed how I viewed academia,” he says.

He made several trips to Simon Fraser University’s archives to research the project, delving into university archives to read old letters and postcards by the writers he reveres, including Tallman, Robert Creeley, and Allen Ginsberg. He discovered their essential authenticity and was inspired. “Like the rest of us, these writers had flat tires, and couldn’t write inside the lines,” says Mash. “I discovered a side of writing and literature that I never saw before.”

Mash says researching Tallman’s work “was my big chance to show off all my detective skills that I learned from Batman, and I got to do it in a room that smelled like old books of poetry. It ruled.”

His success led to his work with FCCS’s Assistant Professor Constance Crompton in which he wrote XML search code for her digital addition of the Devonshire Manuscript. This miscellany of verse, compiled by Anne Boleyn’s circle in the 1530s, is the first sustained community writing venture written by both English men and women. 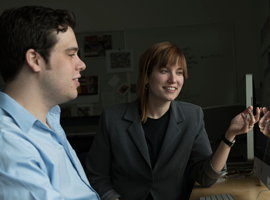 From heating systems and restaurant cooking to UBC, Mash noticed a landmark change in his work ethic. The first series of university electives were challenging but he found his groove in English and creative writing: “I finally felt like I was doing what I loved and I began to work much harder.”

“In writing and books, I’m fulfilling my passion to an extent I never thought possible,” he says. He’s published several poems and an academic article. Now Mash reviews two literary magazines: OK Magpie and The Coastal Spectator. “I have a job where they send me free books. I read and review them, and get paid for it!”

BEING A PROFESSIONAL WRITER

“At first, I used to hate it when people would refer to themselves as ‘writers’ when they were in a first-year course,” says Mash.  “Perhaps I was just jealous because I wanted to be a writer, too, but had not earned the right to call myself one.”

“Now when people ask me what I do, I mostly say ‘go to school’—but every so often, I say, ‘writer,’ and I can’t help but smile. UBC Okanagan gave me that smile.”

Starting in the Fall 2015, Mash begins graduate studies. Supervised by professor Shearer again, he will undoubtedly learn a few more magic tricks as a writer.