The 3rd year middle blocker for the Heat adds to her hardware collection with another honour bestowed her from her award winning Junior season.

Katy Klomps, coming off a season that earned her the UBC Okanagan Heat athlete of the year, has continued to accumulate the accolades after being named the female recipient of the 2014 Ray Lepp Scholarship.

This scholarship is awarded annually by Volleyball BC and according to UBC Okanagan Heat women’s volleyball coach Steve Manuel is very prestigious.

“It goes to a university volleyball student athlete of the highest calibre, on and off the court,” explains coach Manuel. “The award carries a $2000 scholarship and many past winners are current National Team members and alumnae.”

Volleyball BC will formally present the award to the Heat’s powerful middle blocker at an early Canada West Heat home match date to be determined, likely in the fall sometime. [SCHEDULE]

Brad Gunter from the Thompson Rivers WolfPack was the 2014 male recipient. 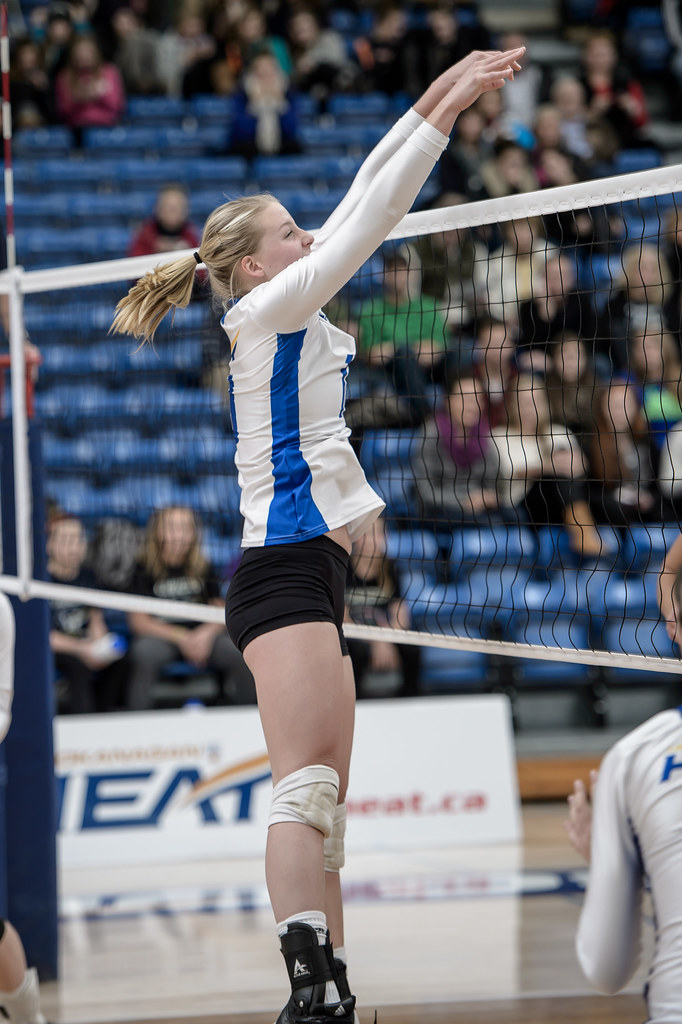 Ray Lepp was a founding member of BC Volleyball from 1965 and was a Board Member for 22 years, of which 10 of those years he was either President and/or Vice President. Ray was also head coach of the UBC men’s team and at one time had six players on the Canada National team had been coached by him. After his passing Ray set up an endowment that supports the scholarship in his name in perpetuity.

More information regarding the scholarship at the Volleyball BC website and in this PDF.

This is the first time a UBC Okanagan student won the award, although former Okanagan University College (Now UBC Okanagan) player Marisa Field won the award, but after she transferred to UBC. Marisa was coach in Kelowna by Steve Manuel, and she has gone on to play for the national team and professionally in Europe.