A busy weekend of club basketball saw the host UBC Okanagan Heat U15s and U17s both split their four games at the university gymnasium.

The U15 Heat opened round-robin play by defeating the Lake City U15s of Penticton 66-53, despite getting off to a slow start. The difference for the winners proved to be their full-court pressure. 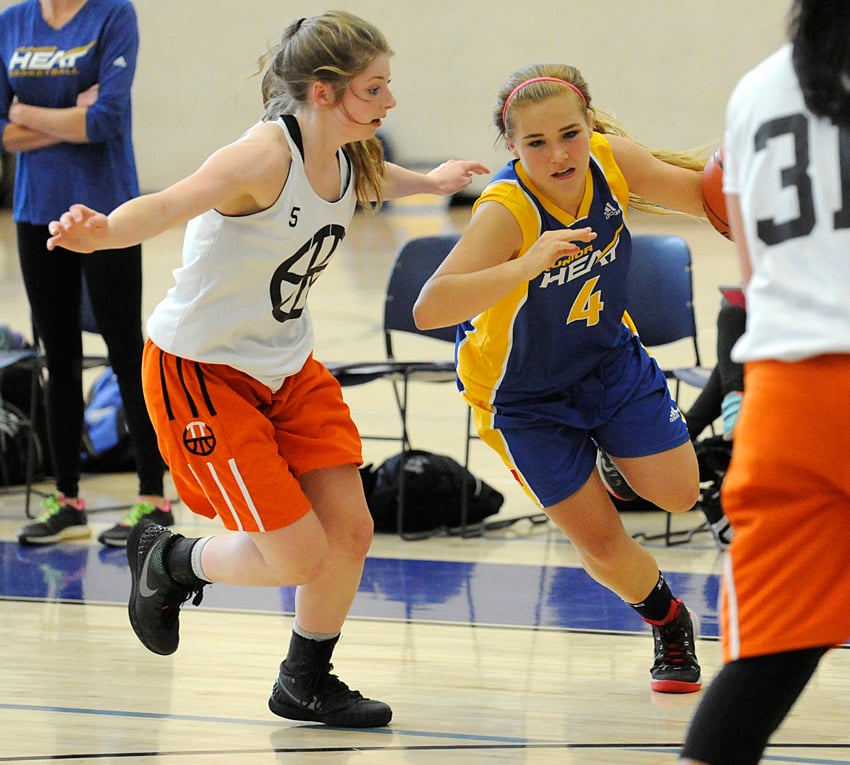 Photo Credit: Lorne White/KelownaNow
Kassidy Day of the UBCO U15 Junior Heat drives to the basket against Triple Threat.

With some timely steals from Kassidy Day and Paige Watson, and Jenna Holland’s constant driving to the hoop led the Heat comeback

Following the opening game that featured highs and lows and a struggle with consistency, “focus” became the theme for the remainder of the weekend.

Up against the U17 Triple Threat team from Vancouver, the Heat found themselves trailing 22-6 after the first quarter but regained their focus to stay to within two points of the TT's output in each of the next three quarters. But in the end, it was a 61-40 triumph for Triple Threat. END_OF_DOCUMENT_TOKEN_TO_BE_REPLACED