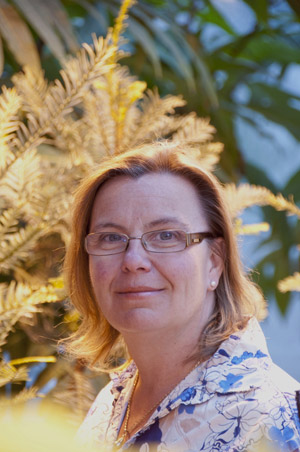 The awards include $150,000 for a three-year research project led by Susan Murch, Canada Research Chair in Natural Products Chemistry, to develop water efficiencies in Okanagan vineyards; $80,000 in bursaries for undergraduate medical students in the Southern Medical Program; and $45,000 towards bursaries in Engineering, Nursing and Computer Science.

Notably, the $80,000 award to the Southern Medical Program will be matched by an anonymous donor.

“The Southern Interior Development Initiative Trust is pleased to help fund industry-leading research like Dr. Murch’s, supporting our heartland wine industry,” says Wayne Lippert, SIDIT’s board chair. “By making the Okanagan’s wine and fruit sectors more competitive and viable, we are contributing to environmental sustainability and achieving our economic development initiatives in ways that are meaningful to British Columbians.”

Just as important, Lippert says, SIDIT’s support for student bursaries is an investment made today with long-term payoffs. “The physicians, nurses, engineers and computer scientists that we help financially will be better prepared to launch their careers as BC’s next generation of province builders.”

“This investment by the Southern Interior Development Initiative Trust recognizes the excellence of our researchers and the bursaries enable our students to better focus on their studies,” says Doug Owram, deputy vice chancellor and principal of UBC’s Okanagan campus.

“It is through gifts like these that we are able to attract top researchers like Susan Murch, as well as high-calibre students whose efforts are rewarded. Our labs, classrooms and the entire region will benefit from UBC’s partnership with SIDIT.”

This most recent SIDIT grant represents the second major investment the organization has made to UBC’s Okanagan campus, after the organization approved $275,000 in January for education awards at UBC in 2011-2012.

UBC research into growing hardier grape varieties – especially those resistant to drought – could spell new opportunity in the Okanagan wine industry for economic as well as ecological sustainability.

Chemistry professor Susan Murch, Canada Research Chair in Natural Products Chemistry, has been awarded $150,000 by the Southern Interior Development Initiative Trust over the next three years to research and field test laboratory-scale technologies in local vineyards.

“Today, the wineries of the Okanagan have an important role in the local economy and regional tourism,” says Murch. “The industry also faces increasing pressure to adopt sustainable practices that address the Okanagan’s pressing needs for water conservation.”

The intent is two-fold:

“Currently none of the rootstocks used in the Okanagan are drought tolerant,” says Murch. “The most commonly used rootstocks were developed for disease resistance and their abilities to tolerate lime in soils and tolerate heavy, wet soils.”

The stakes are high: the 710 wineries and independent growers in BC produce more than 60 grape varietals. With 7,500 acres under cultivation for grapes producing 14,885 metric tonnes of fruit, the farm gate value was about $27 million in 2007, according to Statistics Canada.

“Ironically, these rootstocks may not be the best choices for the sandy soils of the Okanagan,” says Murch. “This project will result in new varieties of rootstocks that have been specifically developed for the environmental conditions of the Okanagan and Similkameen Valleys, resulting in reduced water use.”

The test kit and rootstock will be commercialized, leading to new products to assist in sustainable water usage and irrigation in the Okanagan and around the world. Funds from SIDIT will allow researchers to take the prototypes for these products from the lab to field testing.

New technology in water-use efficiency is especially important for agricultural sectors which comprise 70 per cent of water consumption in the Okanagan, says Murch. Other regions such as California and Australia face similar water issues.

“In light of these recent trends and forecasts, we anticipate outstanding marketability for these products,” says Murch.

Miriam Grant, vice-provost, research, and dean of the College of Graduate Studies for UBC’s Okanagan campus, says support from organizations such as SIDIT are vital for leading research such as Murch’s.

“Our highest priorities as a university are teaching, research and innovation,” says Grant. “UBC is extremely grateful to the Southern Interior Development Initiative Trust for financing the work of Dr. Murch, which holds such great promise. This will also create exciting new opportunities for students to experience and learn in a rich research environment.”