In the company of giants 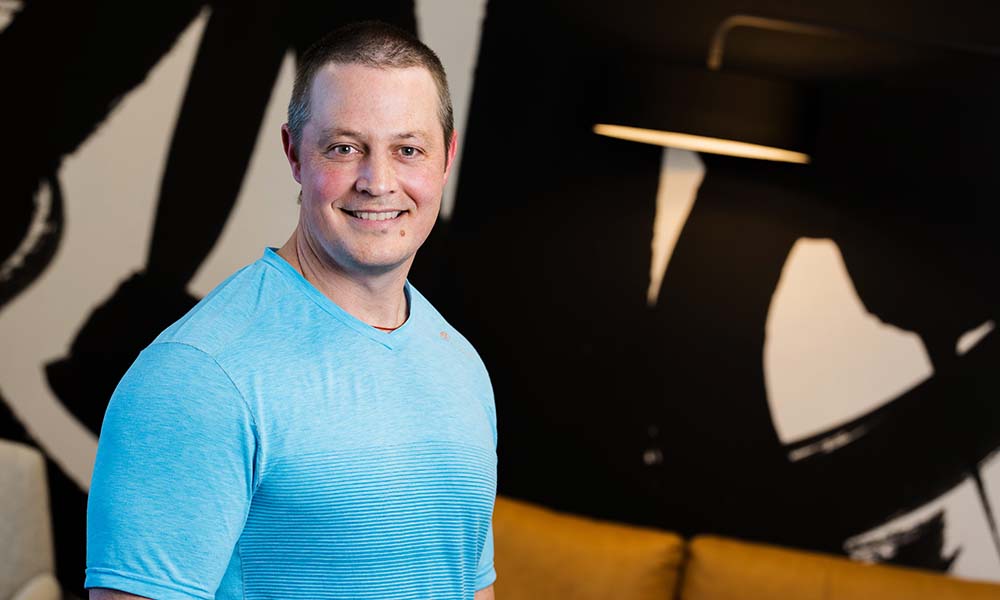 Bachelor of Science, University of Victoria

“We use the mountain range as a natural laboratory, looking at rocks and how they fit together, much like pieces of a 3D puzzle. We see the end part of the puzzle, which is complicated, and then we try to break it down to its individual components and rebuild what geology has done over millions and millions of years.”

KYLE LARSON’S CAREER TRAJECTORY PERFECTLY REPRESENTS the power educators have in the lives of their students. Growing up, Dr. Larson didn’t know what he wanted to be—only that he wanted a PhD—until a series of influential teachers set him on a path to ultimately studying the Himalaya.

“I had a high school teacher who was kind of like an anti-teacher—he didn’t ‘make’ us learn, but instead he talked to us and told us stories that incorporated different aspects of Earth Sciences,” explains Dr. Larson, now a Professor of Earth, Environmental and Geographic Sciences at UBCO’s Irving K. Barber Faculty of Science. “I found the way he presented the material really engaging and as a result, I found the material itself engaging. For me, teachers like him stand out.”

Later on, during his undergrad, Dr. Larson was fortunate to be involved with a researcher in Structural Geology and mountain building. Aside from the subject matter—which fascinated Dr. Larson—he also discovered some less-than-obvious benefits of studying Earth Sciences while working alongside the professor as a field assistant: “We would take a helicopter into the mountains in the Yukon and stay there for a couple of weeks. I thought to myself, ‘I can go camping for a living? This sounds all right—I can do this!’”

However, this fieldwork—along with a subsequent role with the BC Geological Survey—also taught Dr. Larson the breadth of knowledge and education needed to be a scientist and “make sense of the world.” After graduating with a Master of Science and trying to enter a lagging job market, Dr. Larson continued in academia for his PhD after learning that a Queen’s University professor was searching for a graduate student to study mountain building in the Himalaya. 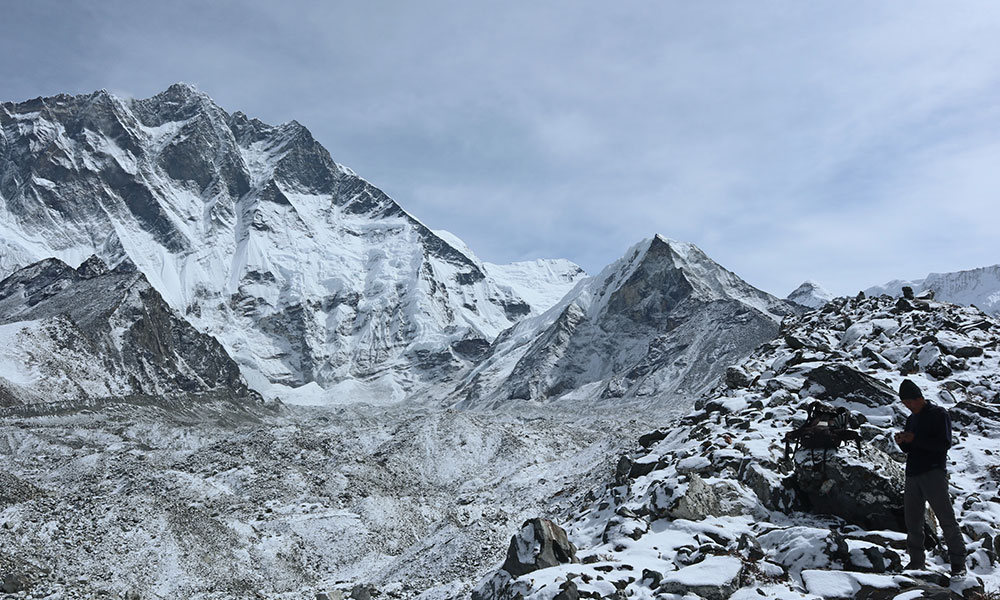 Now, almost 15 years later, Dr. Larson has visited the Himalaya 14 times in the pursuit of research, hoping to understand how the Earth’s crust deforms where its tectonic plates collide to form mountain ranges. “Typically, what I do is look at the rocks that were deformed during mountain building and try to gain evidence about the processes involved in accommodating the convergence of two different tectonic plates.”

For Dr. Larson, the Himalaya is a perfect research base because it’s a relatively young mountain belt; still actively forming, the range is preserved and hasn’t eroded away like some other ancient belts formed hundreds of millions of years ago.

“We use the mountain range as a natural laboratory, looking at rocks and how they fit together—much like pieces of a 3D puzzle. We see the end part of the puzzle, which is complicated, and then we try to break it down to its individual components and rebuild what geology has done over millions and millions of years.”

Of course, in Dr. Larson’s line of work collecting rock samples is critical, and he has one special piece in his collection. “I have a rock specimen from the summit of Mt. Everest for a study we’ve just completed. Sometimes, I put it on the floor and stand on it, just to say I stood on the summit of Everest,” he jokes.

Using novel methods co-developed in the Fipke Laboratory for Trace Element Research (FiLTER), Dr. Larson and his team have made a series of fundamental discoveries about how major mountain belts form. One method involves examining the radioactive decay of the element rubidium to strontium using state-of-the-art laser and spectrometry instruments.

“People have been looking at these elements for decades, but you could only do it by dissolving minerals and separating them using an incredibly labour-intensive process. Now, we can figure out the ages of these rocks by putting the minerals that contain those elements under a laser and then examining how much rubidium has broken down into strontium,” explains Dr. Larson.

Another study from the lab, led by recent doctoral graduate Dr. Iva Lihter, used the chemistry of minerals to model how the Himalaya evolved. Dr. Lihter was able to show that some of the minerals scientists have been using for decades to inform their models are potentially 450 million years too old to be part of the Himalayan system.

“A finding like this provides caution,” says Dr. Larson. “Now we know we have to be aware of this and can’t assume, carte blanche, that everything we see in the rock record is related to what is currently happening in the Himalaya.”

In recognition of the innovative work Dr. Larson and his team are currently exploring at FiLTER, Dr. Larson received UBC Okanagan’s Researcher of the Year award for Natural Sciences and Engineering.

He notes that UBC Okanagan’s smaller campus size and close-community feel have helped enable interesting conversations that led to multiple successes. For example, “The equipment that a lot of the FiLTER lab work has been done on was purchased outside of typical grants, thanks to conversations with people in the Vice-Principal, Research and Innovation office. The few degrees of separation between researchers and the people who can enable that research is so important.”

“I’ve felt nothing but support from people on campus,” Dr. Larson adds, “They’re always there to help and are invested in the outcomes of what you’re doing. There’s always someone to talk to about a problem or opportunity and more times than not, we’re able to come to a positive outcome. It really feels like the campus is invested in success, and people who work here day-in and day-out strive to make it happen.”