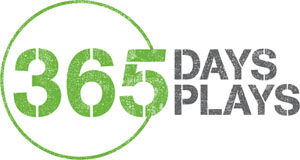 UBC Okanagan students enrolled in the theatre studio classes taught by professors Virginie Magnat and Neil Cadger next spring will workshop seven short plays written specifically for the festival by the African-American playwright. They will then perform these new plays publicly during the first week of April — on campus and at the Rotary Center for the Arts in downtown Kelowna.

The 365 DAYS/ 365 PLAYS will take place in major cities and communities from New York to Los Angeles and in Canada at UBC Okanagan, Dalhousie University in Halifax, Nova Scotia, and the University of Windsor in Ontario. As with UBC Okanagan, each participating university program or theatre group will present seven plays within one of the 52 weeks that make up the year-long festival.

This is an unprecedented theatre event sponsored by the Yale University World Performance Project, a new program that seeks to foster interdisciplinary collaboration in the pursuit of performance as research,² said Assistant Professor Virginie Magnat.

What’s exciting about the festival is that its organizers welcome contributions from theatre practitioners, educators, and students from all over the world, the aim being the creation of an international network linking all participants via the 365 DAYS/ 365 PLAYS interactive website.

Magnat noted that the performances created by the UBC Okanagan theatre students will be filmed and featured on the festival¹s website along with the work of the other universities and theatre groups involved in this unique collaborative project.