Mathematician Heinz Bauschke is UBC Okanagan Researcher of the Year 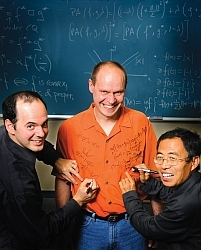 Heinz Bauschke knows the power of a teacher’s encouragement.

One of Canada’s top researchers in the field of optimization — the mathematics of finding the optimal solution to a given problem — Bauschke was named UBC Okanagan’s Researcher of the Year on Thursday night. And although his research today is far from elementary, his passion for math was ignited by a teacher when he was a child in Germany.

“My first influence was an elementary school teacher,” said Bauschke. “Herr Fischer, back in Frankfurt, was a math teacher who said ‘math is easy, math is fun,’ and I think this had a huge influence on me because I really enjoyed math and I followed up on it.”

Bauschke went on to earn a PhD in mathematics from Simon Fraser University. He taught at the former Okanagan University College and the University of Guelph, and since joining UBC Okanagan in 2005, he has collaborated with colleagues Yves Lucet and Shawn Wang to establish the Optimization, Convex Analysis and Nonsmooth Analysis (OCANA) group. The OCANA research team works on solutions to challenging problems in areas ranging from communications and optics, to network flow problems and the planning of radiation therapy treatments.

“UBC Okanagan is dedicated to becoming a great place for teaching,” said Bauschke, who holds a Canada Research Chair in convex analysis and optimization. “Research, to me, is always about teaching — about teaching the next generation and passing on the torch of advanced knowledge.”

Upon receiving the award, Bauschke announced that he and his family have decided to use the Researcher of the Year $5,000 prize to create an endowment for an annual award recognizing the most outstanding undergraduate student in analysis. 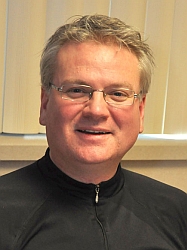 More than three dozen other researchers were recognized for outstanding achievements this year in science, engineering, social sciences, humanities, arts, and health research.

“The range and quality of research — combined with the quality of teaching on this campus, gives me comfort that the necessary link between new ideas and the spread of those ideas is strong and growing stronger,” said Doug Owram, UBC Okanagan’s Deputy Vice Chancellor.

While not the only measure of success in a university’s research endeavours, research funding is an important part of a thriving research community. UBC Okanagan’s Provost Alaa Abd-El-Aziz said funding for research at UBC Okanagan has grown from 250 successful project proposals earning nearly $6 million in grants and awards two years ago to more than 300 successful proposals receiving more than $8 million last year.

“These statistics demonstrate the commitment, dedication and continued success of our researchers,” Abd-El-Aziz said. “Research we are doing at UBC Okanagan has wide-ranging and important impacts on the world around us. It affects everything from cultural and social understanding, to the prevention and treatment of disease.”

Two researchers were honoured for their outstanding service to the university and the community by actively and creatively sharing their research expertise via the news media. 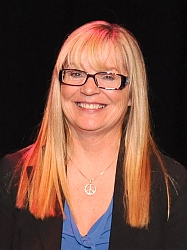 “Dr. Carlaw has applied his research expertise in the field of economics to the global economic activities during the past year, sharing his expertise with a broad audience, via a variety of media sources,” said Bonnie Bates Gibbs, Director of Alumni and University Relations, in announcing the award.

Murphy, who holds a cross-appointment on aging in both the Irving K. Barber School of Arts and Sciences and the Faculty of Health and Social Development’s School of Social Work, was recognized for applying her expertise on aging to issues of particular importance to the Okanagan region.

“Dr. Murphy has connected with a broad audience through a variety of news sources, ensuring both access to information and a greater understanding of the issues at hand,” said Bates Gibbs.

The university’s online video website will soon feature vignettes about this year’s featured researchers. These and many other video highlights of university life can be found at http://www.ubco.tv.