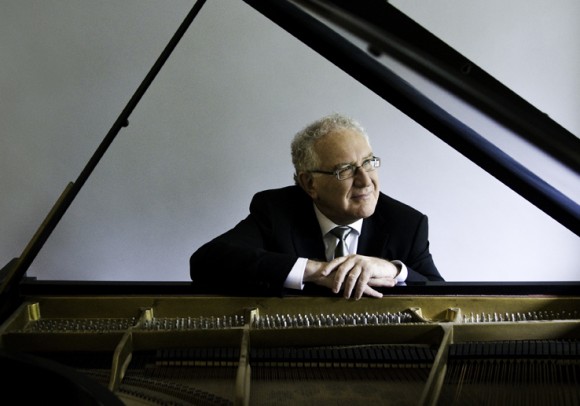 One of Canada’s premiere pianists, Robert Silverman will be at UBC’s Okanagan campus on October 27 to perform three of Beethoven’s sonatas. This concert is free, open to the public, and will mark the in-concert debut of the campus’ new grand piano.

In a career spanning more than five decades, Silverman has climbed every peak of serious pianism: lauded performances in prestigious halls across the globe; orchestral appearances with many of the world’s greatest conductors; and award-winning recordings distributed internationally.

This is the third concert performance in this season’s Minds and Music concert series, which presents a mixture of genres — from jazz piano and voice to orchestra rehearsal and piano recitals — showcasing the talent of well-established artists from the Okanagan, British Columbia, and beyond.

“The vision of the Minds and Music is to presents the world’s finest music by renowned performers, and put it all into a contemporary context through informal lectures by faculty and artists about the music, its past, and how it relates to the present,” says Manuela Ungureanu, a philosophy professor at UBC’s Okanagan campus and organizer of the series.

“The Silverman concert holds particular significance, as it will be the first time our new grand piano will be used, which was made possible through fundraising efforts over the last few years and the generous support of a donor this past summer.”

Shortly before Silverman performs, concert attendees will be guided through a brief interactive discussion focusing on the history of the piano and how it changed the repertoire of music when it came onto the scene in the early 1800s.

The Robert Silverman performance will take place at 1 p.m. in the University Centre ballroom (UNC200). Following Silverman’s concert, students will showcase their talents on the new grand piano.