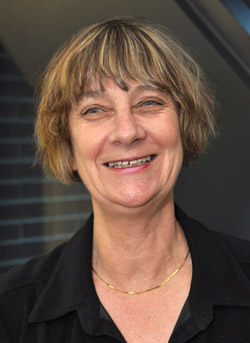 Named to honour the 20th century’s “First Lady of the World,” the award recognizes French’s exceptionally effective participation in Public Anthropology’s Community Action Online Project, as well as her wider activities in the public sphere. Only a select few – less than one per cent of the faculty teaching introductory anthropology courses across North America – receive this award.

“Prof. French is to be commended for how she takes classroom knowledge and applies it to real-world challenges, thereby encouraging students to be responsible global citizens,” said Rob Borofsky, director of the Center for a Public Anthropology and Professor of Anthropology at Hawaii Pacific University. “In actively addressing important ethical concerns within anthropology, Prof. French is providing students with the thinking and writing skills needed for active citizenship.”

Last week, the Center for a Public Anthropology — which encourages scholars and their students to address public problems in public ways — announced that 15 of French’s introductory anthropology students had earned Public Anthropology Awards in a North America-wide essay competition.   The Community Action Project involved more than 4,000 students from 21 universities and colleges.

“Congratulations to Prof. French, the Community, Culture and Global Studies Unit, and the University of British Columbia Okanagan,” said Borofsky.