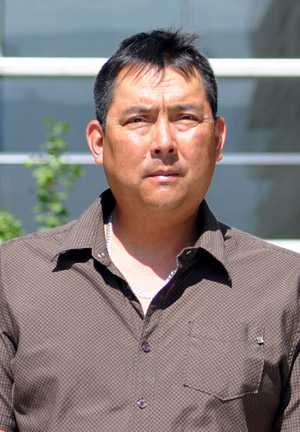 Greg Younging, a professor of Indigenous studies at UBC’s Okanagan campus, has been appointed Assistant Director of Research to the Truth and Reconciliation Commission (TRC) of Canada.

“A number of issues were identified as gaps in the existing research on residential schools,” says Younging. “To address this, we had an open call for proposals to do research within the areas identified. Out of the 90 research proposals we’ve reviewed, we have chosen about 10 as a starting point.”

The committee will then identify any remaining gaps and commission experts to prepare research papers on those topics. In addition, a major part of the TRC research committee’s role is to complete two major reports with recommendations to the Government of Canada about the residential school era and the reconciliation that has to occur as a result.

“The TRC has a five-year mandate, which began in 2008, so the halfway report will come out at the end of this year,” says Younging. “It will write some of the history of residential schools, outline some of the research being done, and make some recommendations to the Government of Canada.

“The final report will include major recommendations to the Government of Canada about how to heal the country, the survivors, and how to bring reconciliation between indigenous peoples and non-indigenous Canada.”

“The residential school era has been covered up in mainstream Canadian historical narratives,” says Younging. “Most non-indigenous people are not fully aware of its implications or the severe things that happened: death, murder, abduction, malnourishment and psychological and sexual abuse.”

Younging estimates that about 95 per cent of indigenous children for up to five consecutive generations, depending on what part of the country they were in, went through the residential school system.

“There is a major public awareness campaign that has to take place,” says Younging. “And for Indigenous peoples there is also a major healing process that has to be undertaken so we can all live in this country in a harmonious manner.”

“This is very important research and long overdue,” says Diana French, Acting Head of Community, Culture and Global Studies at UBC’s Okanagan campus. “Greg’s appointment to be part of this is a testament to his dedication as a human rights advocate and his achievements as an Indigenous scholar.”