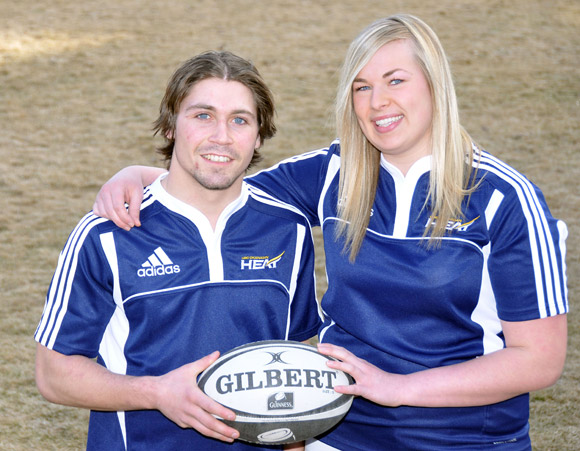 Men’s and women’s rugby is the newest addition to varsity athletics at UBC’s Okanagan campus. The men’s rugby team will dive straight into national competition at The National Invitational Sevens Championship, taking place at UBC in Vancouver on March 11 and 12.

The tournament will mark the first time a UBC Okanagan Heat sports team will compete head-to-head against a UBC Thunderbirds sports team.

“Our team is going into the tournament ranked seventh or eighth out of eight; however, we are much better than that,” says Rob O’Brien, head coach. “A number of starting players are now playing senior first division rugby.  One of these guys, Liam Chisholm, has a good shot at the U20 national team.  All in all, I am hoping for a top-five finish.”

The National Invitational Sevens Championship game schedule is presented on Rugby Canada’s website.  All matches will be streamed live on UStream, http://www.ustream.tv/channel/live-rugby.

Although the university rugby season doesn’t officially begin until September, the men’s and women’s teams will be practicing together over the next few months and plan to take advantage of any informal tournaments and competitions that take place over the summer.

“The program began due to an overwhelming demand from the student population,” says O’Brien.  “The students have well-organized teams that are pushing the development of the sport.”

If all goes as expected, the men will be playing next season in the Okanagan 3rd division, and the women will be competing in the Fraser Valley 2nd division.

Rob Johnson, Director of Athletics and Recreation, says rugby is a welcome and exciting addition to Okanagan campus athletics programming and he is looking forward to watching the teams develop.

“Our teams have established strong patterns of success,” he says. “We expect the men’s and women’s rugby teams to contribute to our reputation as a university that attracts high-achieving students with elite athletic talent and builds competitive, successful teams that consistently challenge for the top spot.”

Second-year human kinetics student Judah Campbell, who will be captaining the men’s team for the upcoming Sevens tournament, says the team is already a tight-knit group with a number of strengths.

“A lot of us have played together and we have a good dynamic — we are familiar with each other and unified in our team goals,” says Campbell.

“There is a lot of excitement about it,” she says. “We will have a variety of skill levels. Since many of us have never played together previously, over the next few months our focus is on team-building, having fun, establishing our style and getting some games in.”