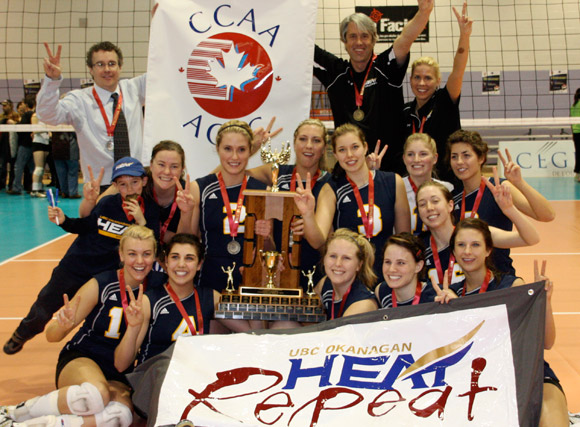 The 2010 Canadian Colleges Athletic Association National Champion Heat women’s volleyball team was recognized as “Team of the Year” at the 36th annual Kelowna Civic Awards on April 27. Officially known as the Bryan Couling Memorial Athletic Team of the Year Award, the award is presented to the amateur or professional team bringing the greatest amount of recognition to Kelowna.

The team was recognized with the award in 2009 when they became the first Okanagan team to win a post-secondary National Championship. They were recognized in 2010 as well for a history-making repeat championship performance.