Language of Avatar under study 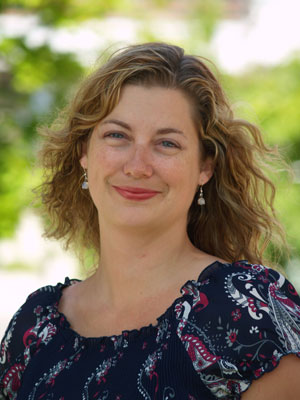 Na’vi, the invented language spoken by alien characters in the top-grossing Hollywood blockbuster Avatar, is getting scholarly scrutiny by a University of British Columbia anthropology professor.

Christine Schreyer, an assistant professor of Anthropology in Community, Culture and Global Studies at the Irving K. Barber School of Arts and Sciences at UBC’s Okanagan campus, is surveying the popularity of the Na’vi language around the globe.

The survey, which began June 14 and wraps up at the end of July, is intended to discover the ages, genders and nationalities of the global community who uses the created language made popular by the 2009 movie.

“Within the field of linguistic anthropology, few studies have focused on the speakers of created languages,” says Schreyer. “In particular, the identities of speakers of media-driven created languages such as Klingon, used in Star Trek, and Na’vi in the movie Avatar, have not been considered.”

The response to date has been well beyond Schreyer’s expectations. “The support and enthusiasm from the Na’vi speaking community has been outstanding and overwhelming,” says Schreyer. She has received more than 120 responses in just over a month.  Volunteers even offered to translate the survey into other languages such as Russian, Ukrainian, German, French, Hungarian, and Na-vi itself, since there are individuals learning Na’vi who do not speak English.

Among early discoveries, Schreyer has found there are those around the world who speak different root languages and converse in Na’vi to communicate with one other.

“Due to the fact that Klingon has been around for decades, more attention has been provided to this language and its speakers than the newly created language of Na’vi,” says Schreyer, “But Na’vi’s growth has been exponentially faster than Klingon. For instance, there are translations of the Na’vi – English dictionary in eight other languages.”

Paul Frommer, the retired California linguist and creator of Na’vi, has emailed Schreyer with his support for the survey and a request to see the results of the research when it is done, as he too wonders just why this language has become so popular, so quickly.

A participant from San Francisco is particularly pleased to be included in Schreyer’s study.

“I’m delighted that a well-known university is supporting research on the Na’vi language community on Earth and very much look forward to the project’s results. I am hopeful that they will reveal interesting impressions from students and speakers from numerous regions across our world about the language and what it means to be a member of the community.”

Avatar is the highest-grossing movie of all time, earning $2.8 billion at the box office. Canadian-born filmmaker James Cameron wrote and directed the film and has reportedly said a sequel to Avatar will be released in 2014.