Learn to expect the unexpected

The Faculty of Creative and Critical Studies (FCCS) is not a typical faculty of “creative and performing arts.”

FCCS was conceived as a unique interweaving of creative and critical disciplines that reflect on, analyze and theorize about creative acts.

FCCS is committed to providing a holistic educational experience for students which helps them to become critically minded and engaged global citizens, with interdisciplinary perspectives on the complex issues facing society. Through many seminar-based, studio-based, and lecture-tutorial model courses, the small-classroom experience is provided which is central to an intimate, problem-solving learning community.

Among new initiatives, more than $300,000 is going to the Centre of Culture and Technology under the directorship of Aleksandra Dulic, with support from various sources, including the Canada Foundation for Innovation (CFI), CanWest Global Centre for Artist’s Video, and FCCS. Its objective is to advance research/creation processes and theoretical discourse in the dynamic field of culture and technology in order to address rapid changes in technologies themselves as well as their reflection of, and influence on our cultures and communities.

The Eco Art Incubator, a Social Sciences and Humanities Research Council of Canada–funded project by Nancy Holmes, Denise Kenney, and Robert Belton, draws on the idea of technology of business incubators. This public art project will provide support for eco art in the Valley. 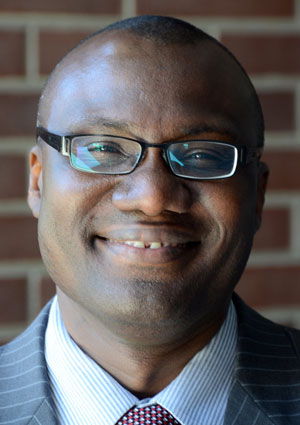 Robert Eggleston comes to the position of associate dean after serving more than two years as the acting head of the Department of Critical Studies.  He earned his M.A. and PhD. in English literature at Queen’s University and taught for nearly a decade at UBC’s predecessor institution in Kelowna, Okanagan University College.  His areas of teaching and research are restoration and eighteenth-century literature.

Anderson Araujo joins FCCS as an assistant professor from the American University of Sharjah in the UAE. He has distinguished himself as a scholar of the work of Ezra Pound, Virginia Woolf and Wyndam Lewis. Of particular note is his forthcoming book, Ezra Pound’s Guide to Kulchur: The Annotated Edition is the first annotated edition of Pound’s highly influential work of literary and cultural studies.

Ame Henderson is a sessional instructor in the interdisciplinary performance program and will serve as co-director/collaborator. She is the artistic director of public recordings in Toronto. Henderson holds an MFA in choreography from the Amsterdam School for the Arts. She is recognized internationally for her boundary-pushing work in the performance world and has presented and performed her own work across Europe and in Canada.

Melissa Jacques, who takes up the position of English instructor, brings extensive teaching experience along with a strong commitment to interdisciplinarity and innovation in the classroom.  Since earning her PhD. at the University of Alberta, she has taught a wide variety of English composition and creative writing courses. Jacques also won three teaching awards at the University of Alberta. Jacques’ success as a published scholar allows her to speak with authority on the nature of scholarly academic writing.

Daniel MacDonald, a sessional instructor in the interdisciplinary performance program, is an award-winning playwright as well as a director and educator. In February 2011, his play Velocity received its world premiere at Persephone Theatre in Saskatoon. As a teacher, Daniel has co-written several plays with and for high school students. He was the 2010 recipient of the Enbridge National PlayRites award through Alberta Theatre Projects for his New Work A History of Breathing. He holds an M.Ed and an MFA in directing from the University of Regina.

Karis Shearer join the faculty as an assistant professor in Canadian literature. Shearer has been both a Fulbright Visiting Research Chair at Vanderbilt University (2010) and a SSHRC Postdoctoral Fellow at McGill University (2008-2010).  Her recent book, All These Roads: The Poetry of Louis Dudek impacts Canadian modernist studies; her second edited book, Corresponding Modernisms: The Letters of Louis Dudek and Ezra Pound, will secure that influence internationally.

To find out more about Faculty of Creative and Critical Studies, visit: http://www.ubc.ca/okanagan/creativeandcritical/welcome.html