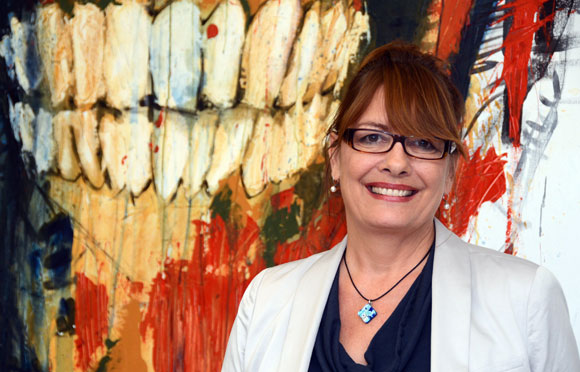 Jennifer Gustar, head of Critical Studies: “All of us have felt attracted to monsters at some level, both as a way of understanding the darker elements of our psyches, but also as a way of creating ‘us’ and ‘them’ dichotomies.”

UBC’s department of Critical Studies is training a critical eye on the nature of beasts in a newly created free seminar series titled “Monsters & Significant Others.”

Professors from English, French, Spanish, Art History, and Cultural Studies will give public lectures and lead discussions that examine the universal, cross-cultural presence of monsters and others in both historical and contemporary contexts. Participants will focus on the theme of “otherness” as it has been developed through literature, art, film, and cultural discourse.

“We’re showcasing what we do in the classroom and in our research,” says Lisa Grekul, a professor in the department of Critical Studies, and one of the seminar’s speakers. “This is a perfect opportunity for members of the community who are intellectually curious, or maybe a little bored with their book club. It’s a chance to experience ‘Critical Inquiry’ and engage in lively, scholarly debates.”

Held monthly on Thursday nights at the Rotary Centre for the Arts, starting Sept. 15, seminar topics for “Monsters & Significant Others” range from biblical demons to Hollywood creatures, to the monstrosity of colonization.

“It is so interesting how we keep returning to vampires in popular culture, from Dracula to the Twilight phenomenon,” says Jennifer Gustar, head of Critical Studies. “Our series will look at Grendel, the monstrous ‘other’ in Beowulf, a story at the origins of English literature. We will be looking at monsters in Persian art and those from the Bible such as the Leviathan, and the mysterious Serpent of the Garden of Eden. Another monstrous other arises in the Beauty and the Beast stories, which originated in the 18th century. However, we will not limit ourselves to literal monsters.”

“Really, all our ‘others’ are significant because it’s in relation to them that we best understand ourselves. All of us have felt attracted to monsters at some level, both as a way of understanding the darker elements of our psyches, but also as a way of creating ‘us’ and ‘them’ dichotomies.

“What if we demonize things we don’t understand by calling them monstrous? ‘Otherness,’ or alternity as it is known in critical theory, raises a complex set of questions, which we think many people will be interested in exploring with us.”

The series, continuing until April 2012, is envisioned as an annual program with a different theme each year. Registration, regular attendance and preparation for classes are the only requirements, explains Gustar: “Participants should treat this as a university course — albeit one that doesn’t require paying tuition or doing difficult homework assignments.”

Register at http://www.ubc.ca/okanagan/critical/monsters. Space is limited. For more information, visit the website or contact Lisa Grekul at lisa.grekul@ubc.ca.