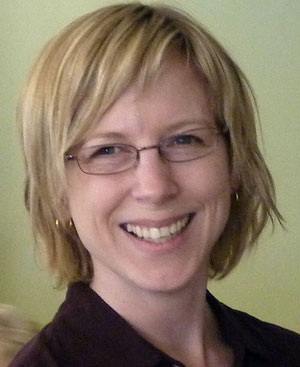 The research associate with iTAG (Investigating Tobacco and Gender) at the University of British Columbia’s Okanagan campus specializes in gender and youth smoking research and has received a $125,000 grant from the Canadian Cancer Society for a campaign to help people stop smoking.

The project combines participant-driven photography (PDP) with social media to form an innovative smoking cessation support and online community for young adult women and men. PDP methods put cameras in the hands of participants and ask them to represent their experiences by taking pictures. Using popular photo-sharing social media platforms such as facebook.com and flickr.com, participants will upload, caption and share pictures about their experiences with quitting guided by the theme – What does smoke free life look like to me?

“I am really excited about this project and I think it says a lot about the innovation of the Canadian Cancer Society that they are providing funds for tobacco prevention work using social media,” says Haines-Saah. “In previous photography projects we’ve done with smokers, we see that people – especially younger people – create images that are strikingly different from the ones we usually see in tobacco control campaigns. Because smoking is something that is now very much seen as socially acceptable to most people in the mainstream, it makes it really important to access the smoker’s point of view, so that we make sure we design cessation programs and messages that better support people that may want to quit.

“A lot of time and money is spent designing public health messages and imagery that will motivate or ‘scare’ people into quitting smoking. Our project is very different because it asks young adult smokers to use photography as a tool to step back and to reflect on why they smoke – and why it may be hard for them to stop.”

Built-in features of the social media sites allow users to comment on each other’s photos, creating a space for dialogue, debate and online support.

The Picture Me, Smokefree program is specifically geared toward young adult smokers. In Canada, young adults have been identified as a priority population for smoking cessation, with rates of tobacco use highest among those aged 18-24 when compared to all other population groups.

Currently, much of the tobacco prevention is directed towards children and adolescents, comparatively less is known about how to tailor cessation interventions and messaging to younger adults. Building on recent advances in health promotion and tobacco control campaigns that employ social media and web-based interventions, the research aims to address this important gap in order to encourage cessation among young adult women and men.