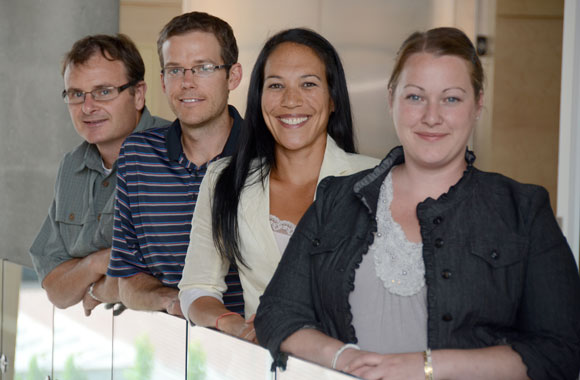 It’s a growing problem with serious health implications and a panel of experts from University of British Columbia’s Okanagan campus will be giving advice on how to tackle obesity.

Weighing In: Current Scientific Evidence and Community Perspectives on Obesity, will be a half-day symposium led by multiple experts from a variety of fields. It will showcase research initiatives to reduce adult obesity, highlight community experiences in addressing obesity and explore advances and challenges related to improving healthy living with obesity. It will also provide an opportunity to build community-based research partnerships on obesity.

“The health ramifications of obesity are serious and impact not only the obese person, but all of society due to the strain it puts on the health-care system. It is important the problem of obesity is addressed on a personal and community level,” says Dr. Joan Bottorff, Director Institute for Healthy Living and Chronic Disease Prevention, UBC’s Okanagan campus. “We have assembled an excellent group of experts who can provide valuable insight into the challenges of obesity.”

The symposium will be held Sept. 30, 8:30 a.m. to 12:30 p.m. at the Clinical Academic Campus Lecture Theatre, first floor, 2312 Pandosy St. Admission is free and participants can participate in person or by web cast. Go to http://www.ubc.ca/okanagan/ihlcdp to register for this event and for more information.

Obesity is a risk factor for many chronic illnesses, particularly heart diseases and diabetes. As one of the leading causes of preventable illness and death in Canada, obesity is an epidemic.

According to the Obesity in Canada report, a joint partnership between the Public Health Agency of Canada and Canadian Institute for Health Information, released in June 2011: