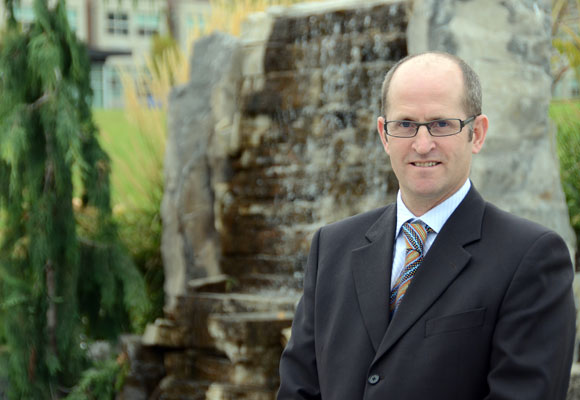 UBC alumnus and Kelowna lawyer Ross Langford officially launched a $100-million fundraising campaign at the Okanagan campus Thursday. Langford is the chairman of the start an evolution campaign that has already raised $52 million.

The University of British Columbia’s Okanagan campus has kicked off an ambitious campaign to raise $100 million. The campaign, start an evolution, is among the biggest ever to be staged in the B.C. Interior.

“Our campaign is like no other that has ever been seen in Canada, in that our goal is not simply to raise funds for the University, but also to raise energy in the form of alumni engagement and personal involvement in our broader community,” says Ross Langford, campaign chair. Langford, a UBC alumnus and partner in the law firm Farris, Vaughan, Wills and Murphy LLP in Kelowna, will lead a campaign cabinet representing the Okanagan as well as Calgary.

The financial goal and alumni involvement are the cornerstones that will propel UBC into innovative community partnerships and a fresh phase of development after the initial six-year buildout of the Okanagan campus, Langford says.

“Together, these elements will create a momentum to carry us far beyond the end of this campaign, into a stronger, brighter future for UBC’s Okanagan campus and its ability to influence the world we serve,” Langford says.

Efforts to date have already raised $52 million towards the overall campaign goal. “The campaign for our campus includes more than 25 specific initiatives,” Langford adds. 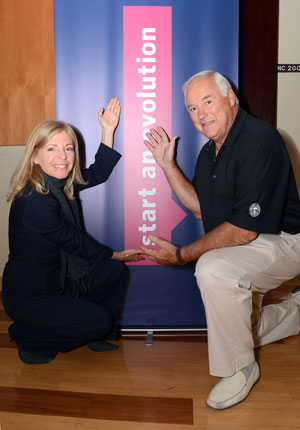 Mary Jo Schnepf and Barry Lapointe were on hand for the official launch of the University of British Columbia’s Okanagan campus $100-million start and evolution campaign. Their family donated $3.5 million for The Hangar Fitness and Wellness Centre.

One of those initiatives will be realized by a $3.5-million gift from Barry Lapointe and Mary Jo Schnepf and their family. That donation will go towards building a new campus facility, tentatively to be called The Hangar Fitness and Wellness Centre.

UBC President Stephen Toope says the university has a major role to play in educating citizens and growing as a global centre of research excellence. “As one of the world’s top-ranked universities, UBC is already at the forefront of many of the major issues facing us today,” says Toope.

“We are inviting our alumni, donors and friends to join forces with us so that together we can be more effective in addressing our world’s most pressing problems.”

Doug Owram, deputy vice chancellor and principal of the Okanagan campus, says much has been achieved since the campus first opened six years ago.

“Today, we are building on work done by the visionaries who fought hard to bring this campus to the Valley, the faculty and staff who made possible our transition to UBC, and a period of unprecedented growth,” says Owram.

The demand for higher education in the Okanagan is visibly demonstrated by the record enrolment that UBC has achieved this year with 7,901 students.

“Universities are places, and they need roofs and facilities, classrooms and offices and libraries and laboratories and gyms,” says Owram. “Universities use these places to inspire the imagination of our students so that great things can happen not only in this place but from this place.”

Start an evolution is part of a larger campaign for UBC that will be announced next week in Vancouver. Further announcements about the Okanagan campaign will be made as milestones are achieved.