The event will be held at the Capri Hotel March 29 and will feature renowned sport psychologist David Cox. For more than 25 years, Cox has worked with athletes from the grassroots to the international levels. In particular, he has worked extensively with Tennis Canada, the Canadian Davis Cup Team, Skate Canada, Rugby Canada and a host of other Canadian national teams. He has attended the Olympics on numerous occasions, most recently in support of the Canadian Snow Board Team at the 2010 Games.

Jennifer Woods, a student athlete from Kelowna and women’s Heat golf team member will also speak at the event.

“Our student athletes are high-achieving people,” says Johnson. “The amount of time they commit to their studies and then to training, practice and competition means very little time left for part-time work. As a result, the financial assistance provided from the proceeds of this breakfast make a real difference to a growing number of our students.”

UBC recognizes the value of varsity sport and will match every dollar raised.

To date, more than $280,000 has been raised from breakfast proceeds. As a result, some $7,500 in awards are available this year to student athletes. 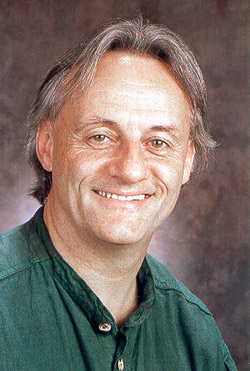 David Cox is a clinical psychologist and a professor in the Department of Psychology at Simon Fraser University. Over the past 25 years, he has established a reputation as one of Canada’s top sport psychologists.

At the international level, he served as a sport psychologist for Canada’s athletes and teams at the Olympics on numerous occasions. Most recently he worked with the Canadian National Snowboard Team at the 2010 Winter Olympics in Vancouver. He is currently the chairman of the Sports Medicine Council of British Columbia.

lar, he has worked extensively with Tennis Canada, the Canadian Davis Cup Team, Skate Canada, Rugby Canada and a host of other Canadian national teams. He has attended the Olympics on numerous occasions, most recently in support of the Canadian Snow Board Team at the 2010 Games. 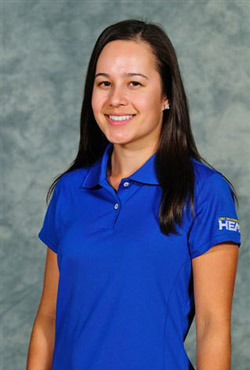 Jennifer Woods was born and raised in Kelowna, graduating from Rutland Senior Secondary in 2008.

Woods is in the fourth year of the Bachelor of Arts in Health Studies program. She is expecting to graduate in April 2013 and plans to pursue a career in medicine.

This was Woods’ fourth year competing for the UBC Okanagan golf team, finishing the season with a provincial silver medal and a Provincial Tournament All-Star award.

Last season, she was named BCCAA Female Golfer of the Year. Woods says enjoying her passion for golf and having the opportunity to represent UBC have been her favourite experiences while attending the Okanagan campus.