UBC professor wins award for contribution to the humanities 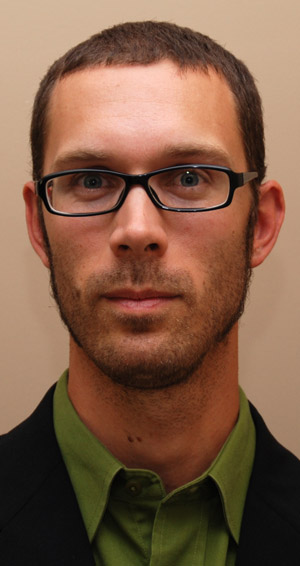 An assistant professor at the University of British Columbia’s Okanagan campus has been honoured with a prestigious research award from the Council of Graduate Schools in a first for a Canadian academic.

George C. Grinnell, who teaches English with the Faculty of Creative and Critical Studies, received the Gustave O. Arlt Award in the Humanities at an awards ceremony in Scottsdale, Az. The Arlt Award is given annually to a young scholar-teacher who has written a book deemed to have made an outstanding contribution to scholarship in the humanities.

Grinnell became the 40th recipient of the award for his academic volume The Age of Hypochondria: Interpreting Romantic Health and Illness (Palgrave Macmillan, 2010.)

“It is a tremendous honour to be the first from a Canadian institution to win the Arlt award,” Grinnell said after the ceremony. “It is also a terrific opportunity to remind the public of the value of the humanities and interdisciplinary research.

“My work on hypochondria is very specific to literary studies, but it raises questions about how we comprehend health and wellbeing in ways that remain important for us today.”

In The Age of Hypochondria, Grinnell argues that the turn of the 19th century saw an explosion of a culture of hypochondria, a concern with wellbeing in Britain and Europe. Social attitudes of the day reflected a quiet acceptance of moral norms that sought to treat individuals as either properly sound or improperly sick.

“Such moral assessments of wellbeing continue to affect those whose health is deemed not ‘normal’ and it is important, I believe, to consider ways of being that offer alternatives to thinking sickness is a form of deviance and pathology,” Grinnell says.

The Council of Graduate Schools is an organization of more than 500 institutions of higher education in the U.S. and Canada engaged in graduate education, research and preparation of candidates for advanced degrees.