Current system has not succeeded, so new system is needed 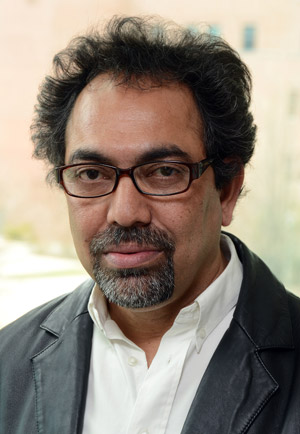 Kanchan Sarker is looking into a new way of assisting the poor in India.

A lecturer in sociology at UBC’s Okanagan campus, Sarkar says the economy in India has grown by six per cent a year for the past three decades – growth that is unmatched anywhere else in the world – yet 77 per cent of the population lives on less than 20 rupees a day, or about 40 cents Canadian.

India is also a country of contradictions, boasting four of the top 10 richest men in the world, but much of the country lives in crushing poverty.

“It is very difficult to earn a decent income,” says Sarker. “Ninety three per cent of the people work in unorganized sectors.”

Sarker says the government has set up food-distribution programs where people are given 10 kilograms of food per month per family, but rampant corruption has undermined the program. Many of those in charge sell the quality food on the open market, and then purchase the cheapest food they can find to distribute to the poor.

There is another idea: why not just give the money that is being spent on food directly to the poor?

“That way poor people can buy what they need,” he says. “It can be for food, it can be medicine, it can be for their children’s education, or whatever they need. This was very successful in Brazil.”

Sarker is working with Dr. Sharit Bhowmik, Professor of labour studies at the Tata Institute of Social Sciences – Mumbai to research the cash transfer. The money for the poor would come from state and federal governments.

Sarker is currently in the first of what he hopes will be a three-phase study. Currently he only has funding for phase 1, and he has recruited a UBC graduate student and one in Mumbai to work on the research.

His research is being funded by the Canadian International Development Agency through the Shastri Indo-Canadian Institute.

Phase two would extend the study across India and would also look at why some provinces are so much poorer than others.