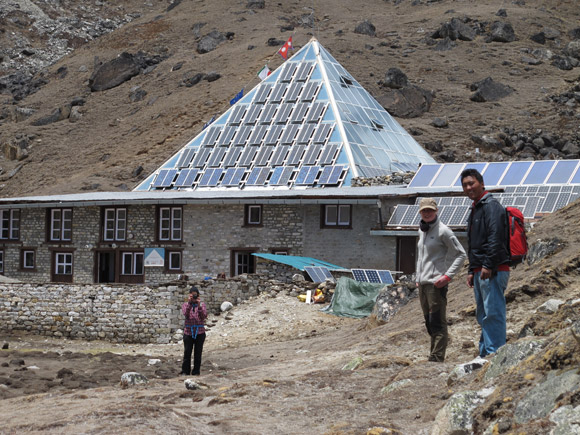 Everest expedition team members arrive at the Pyramid Laboratory, at an altitude of 5,050 metres.

Team members of Everest 2012, UBC’s International Research Expedition, reached the Pyramid Laboratory near Everest Base Camp Sunday after an eight-day hike with yaks and guides taking them to the top of the world.

“Just arrived at the lab. So far, so good despite some altitude illness,” expedition leader Philip Ainslie, associate professor of health and exercise sciences at UBC’s Okanagan campus, said in an email.

Severe nausea is a common malady for mountain climbers and others upon arriving at high altitudes. It  can take three to four days to overcome, as human physiology adapts to the thin atmosphere and lower oxygen levels. The 25 expedition members will spend the next three weeks working, living and sleeping in the Himalayas at 5,050 metres above sea level.

Ainslie said expedition members will acclimatize and set up their research stations over the next few days. 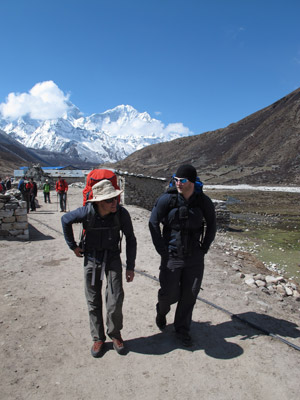 PhD students Chris Willie (left) and Kurt Smith, both from Kelowna, on the last stretch of the epic eight-day hike to the Pyramid Laboratory near Everest Base camp.

Expedition members, using themselves as study subjects, are studying the effects of oxygen deprivation and blood flow to the brain in a series of eight experiments. Biological adaptation to chronic hypoxia is a core theme of the scientific studies.

Hypoxia – which can severely decrease oxygen delivery to the brain – and reduced blood flow to the vital organs are characteristic of many chronic conditions, including heart attack, stroke and respiratory failure. Researchers hope to adapt experiment results for further clinical studies with the goal of devising new methods of prevention and treatment.

The expedition also plans to test a number of permanent high-altitude residents of mountainous Nepal, recruited from the Periche region, which is at 4,200 metres. Some of them have already volunteered for earlier experiments through collaborations with local physicians and scientists.

The expedition’s activities can be followed on team member Greg DuManoir’s blog: http://amountainofdata.blogspot.ca/ 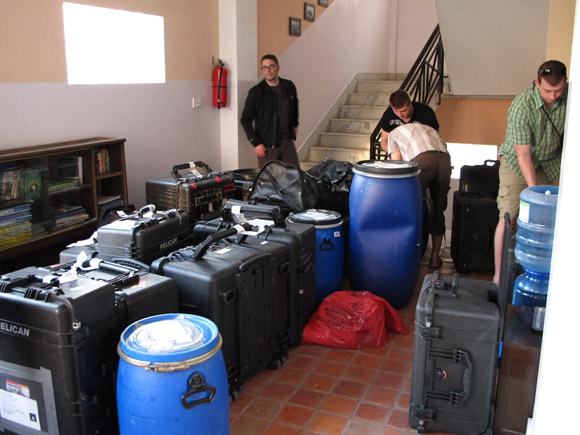 Loading up: Members of the UBC Everest international research expedition wrestle with the logistics of packing crates and barrels for their month-long stay at the Pyramid Laboratory near Everest Base Camp. 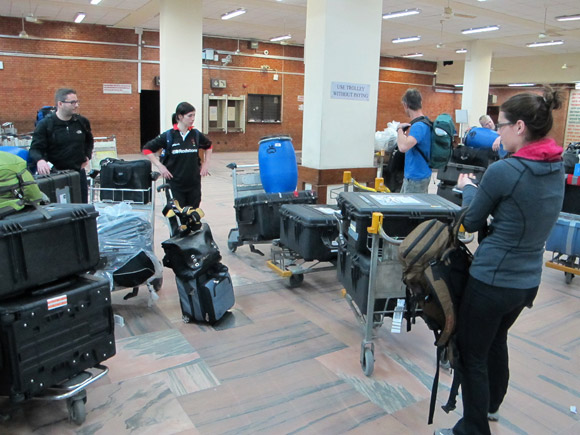 UBC’s Everest research expedition team arrives at Kathmandu Airport. Health and Exercise Sciences student Lauren Ray, right, from Nelson, ponders what to do with all those cargo cases. 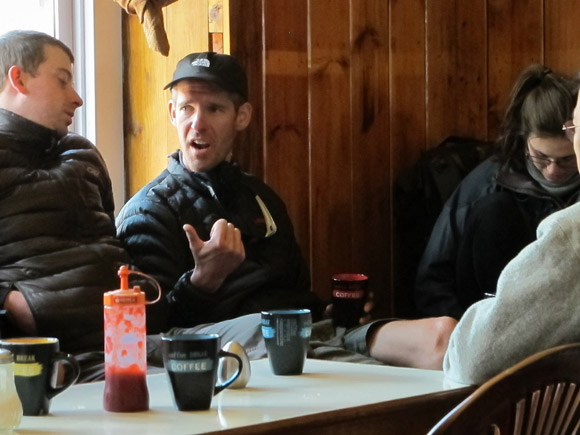 UBC Everest expedition leader Professor Philip Ainslie, centre, chats with team members during a stopover in Namche during the eight-day hike to the Pyramid Laboratory near Everest Base Camp.