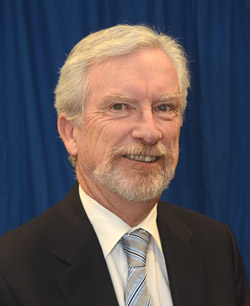 The first step in the partnership involves student exchanges between the institutions, open to students in every faculty. Initially, third-year chemistry students from York will study for a year at UBC’s Okanagan campus starting in September 2013.

While the exchange program is open to all areas, there is special interest in pursuing an exchange to allow third-year students from UBC’s Faculty of Creative and Critical Studies to study at York’s Department of Theatre, Film and Television, which Doug Owram, deputy vice chancellor and principal of UBC’s Okanagan campus, calls an excellent program with state-of-the art production facilities.

“We see a number of beneficial exchanges in this partnership, starting with students, that show real potential,” says Owram.

“From there, we hope to develop joint research programs, synergies and establish best practices,” says Owram. It is expected the partnership will promote collaborations between professors and deans that could lead to faculty exchanges as well.

“Opening those doors creates value, builds networks and adds layer upon layer of expertise to both universities,” says Owram. The agreement promotes participation with other departments and faculties. Additionally, the partnership fits into UBC’s strategic plan of international growth and engagement.

“As a new campus, we need to get better known internationally. Partnerships create recognition and build profile,” says Owram.

The partnership agreement between the universities gives students the opportunity to spend a term or academic year learning overseas. They pay the same tuition as at home instead of higher international student tuition rates. The agreement also guarantees the availability of student housing. Eligible UBC students can apply to receive a funding for their overseas studies.

Associate Professor Cedric Saucier, head of Chemistry at the Irving K. Barber School of Arts and Sciences, says the exchange will enable York chemistry students to take an intensive year-long internship at UBC. The strength of UBC’s chemistry department is in its diversity of programs and depth of faculty, says Saucier. As interns, the students will benefit from one-on-one faculty mentoring and hands-on study, both inside the classroom and beyond.

“This agreement will allow York students to gain international experience, collaborate and make new connections in Canada,” says Saucier. “They will investigate and conduct experiments in areas that will add a fresh dimension to their education.”

Among these will be projects relating to BC’s wine industry. York students arriving in the Okanagan will also have exclusive opportunities to synthesize novel wine compounds at the Saucier Enology Laboratory.

The exchange with York’s Department of Theatre, Film and Television will provide both graduate and undergraduate students from UBC an opportunity to complement their theoretical ground with strong practical experience at York, says Wisdom Tettey, dean of the Faculty of Creative and Critical Studies.

“They are able to engage with leading experts, master-teachers, and practitioners in the fields of theatre, film and television, not only in Europe, but from around the world,” says Tettey.

York has an ultra-modern studio located in a vibrant city a short distance from the cosmopolitan hub of London. British media houses, film and television production companies use York’s facilities and its campus for their projects, which will see UBC students gaining hands-on experience to witness or possibly participate in productions, says Tettey.

“By availing themselves of this educational experience that enables them to integrate their theoretical knowledge with practical skills, in media and the creative arts, students will be able to enrich their knowledge acquisition, knowledge production and knowledge dissemination potentials and abilities in unique ways,” says Tettey.

Owram says the partnership with York fits on many levels: Both have smaller student bodies, strong programs of research and complementary academic curriculums. Credits students obtain are easily transferable to their home institutions.

The agreement with York grew from an industrial initiative originally begun the by Central Okanagan Economic Development Commission.

“While UBC’s Okanagan campus is automatically a member of these arrangements, the York partnership is exclusive to the Okanagan campus and reflects the balance of integration and distinctiveness that is central to UBC as a multi-campus system,” says Owram.

For example, another promising set of connections is developing with the University of Adelaide where strong links based on wine research are opening doors both to faculty research and student exchanges. Adelaide has the foremost wine research facilities in Australia, which is of great benefit to the Okanagan, says Owram.