Canadian authors, poets to read from their works in Penticton, Kelowna

Summer means a time for reading – and listening to top authors discussing their work and passion.

The public is invited to A Writing Place: Authors in Rural British Columbia, a reading series in the Okanagan, August 7 to 11, 2012, jointly sponsored by UBC, Okanagan College, and the Association for Literature, Environment and Culture in Canada.

Kicking off the series is a reading in Penticton by naturalist and writer Richard Cannings, who will be reading from his work with his brother Sydney Cannings.  The reading is at 4 p.m. Tuesday Aug. 7 in the Jim Pattison Centre of Excellence at the Penticton campus of Okanagan College.  A biologist and author of An Enchantment of Birds and Flights of Imagination, Cannings has written and co-authored many guidebooks along with his brother including British Columbia: A Natural History, Roadside Nature Tours through the Okanagan, and The B.C. Roadside Naturalist.

The series continues in Kelowna, with a reading by poet Cornelia Hoogland of Hornby Island on Thursday, Aug. 9 at noon in the lobby of UBC’s Charles E. Fipke Centre for Innovative Research. 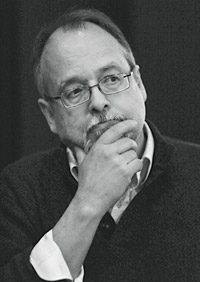 Next up is journalist Andrew Nikiforuk on Friday, Aug. 10 at 9 a.m. at the Charles E. Fipke Centre for Innovative Research, Room 204. His talk is titled The Beetle Economy: A Tale of Collapse and Renewal, chronicling the pine beetle devastation of Canadian forests and economies.

Nikiforuk’s work has appeared in Saturday Night, Maclean’s, Canadian Business, Report on Business, Equinox, and in The Globe and Mail as well as the National Post. Nikiforuk, who has won seven National Magazine Awards, has written about accuracy, government accountability, and cumulative impacts of the oil and gas industry for nearly 20 years.

There will also be an open mic for local and visiting authors on Friday, Aug. 10 at 9 p.m. at the Charles E. Fipke Centre for Innovative Research, Room 204.

The series winds up on Saturday, Aug. 11 with a gala reading at the Kelowna campus of Okanagan College in the atrium of The Centre for Learning at 8 p.m.  This final reading features four writers of the BC Interior:

This summer reading series is part of the national conference of the Association for Literature, Environment and Culture in Canada being held at UBC’s Okanagan campus and Okanagan College Aug. 7 to 12.  The series is funded by the Canada Council for the Arts, the League of Canadian Poets and the Social Sciences and Humanities Research Council and is free and open to the public.