Answering the question of what makes children happy 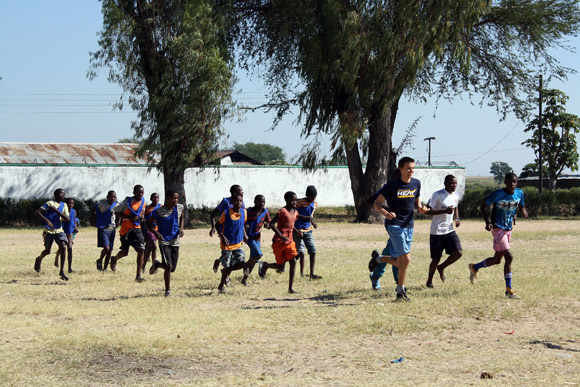 Undergraduate student Tim Krupa wants to understand what makes children happy, so he trekked across the world to Zambia to seek answers.

“I first went to Zambia in 2011 to develop school soccer clubs for youth, which was a project supported by the Irving K. Barber International Education Travel Subsidy,” says Krupa, who lives in Kelowna. “The children I worked with were unbelievably playful and jubilant.

“So much of what we hear about Africa is focused on the people’s struggles: famine, disease, war, and poverty. Working in such an impoverished area, I expected to see a lot of sadness, but, at least superficially, all I observed was happiness and a positive outlook.”

After returning to UBC’s Okanagan campus, Krupa approached Associate Professor of Psychology Mark Holder, whose research focuses on the science of happiness. He asked Holder to mentor him for a research project examining the determinants and barriers to psychological well-being in Zambian children.

“We want to know if children in Zambia are as happy as children in Canada, and how much of their well-being is influenced by factors such as disease, poverty, hunger or spirituality,” says Krupa, a fourth-year bachelor of science student with a concentration in biology, chemistry and biochemistry.

“Much of psychology and neuroscience traditionally focuses on diagnosing what’s wrong with us and how can we fix that. Dr. Holder and I are interested in learning more about what’s right with us, and how we can promote it. This expanding field is known as positive psychology.”

From early May to early June, Krupa and Geddes conducted a 45-item survey with 1,329 Zambian children, ages 7 to 19, from six different schools and three different provinces. The survey was designed to measure three constructs of wellbeing — happiness, life satisfaction and hope.

“We’d spend all morning in classrooms doing the survey and all afternoon playing soccer, which was fascinating because it enabled us to see how the school soccer clubs that originated in the previous year had evolved,” says Krupa. “The girls are now playing, which is wonderful.

“It was important to me that we didn’t simply leave with data. We wanted to build relationships, encourage hard work and gender equality through sport, and give something back to the children on top of increasing our empirical knowledge of this severely understudied population.”

“It didn’t matter if it was 40 degrees outside and we were playing barefoot on hot gravel and sand. They were always excited to play. Their attitudes were so memorable for me.”

Krupa hopes his research will lead to interventions, policy, or program development that could support and promote well-being for children not only in Zambia, but across cultures and continents.

“We actually don’t know that much about what makes children happy, especially in low-resource nations. There has been some research into children’s happiness in Canada, so it will be very interesting to see if the data we collected from Zambian children is consistent with that of Canadian children.”

Krupa is currently in the data-analysis stage of the research investigation. He has been invited to present findings this October at the Canadian Conference on Global Health in Ottawa. 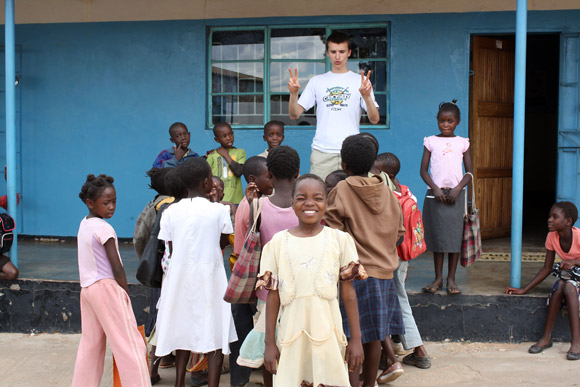 Tim Krupa plays with children orphaned by HIV and tuberculosis in the impoverished Chazanga compound in Lusaka, Zambia. 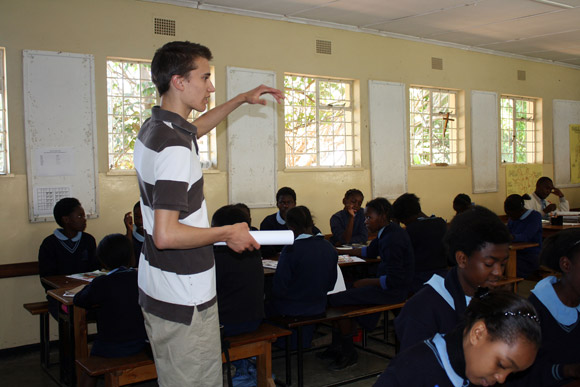 Tim Krupa conducts his research survey at one of the best schools in the country, an urban Catholic girls’ school in Zambia’s capital city, Lusaka.