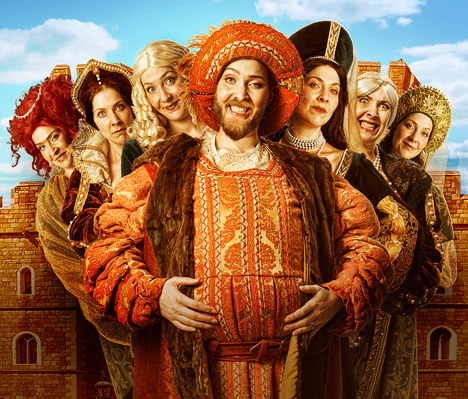 Til Death Do We Part: The Six Wives of Henry VIII, A One-Woman Play

The first dedicated live-theatre space at UBC’s Okanagan campus will be inaugurated by Henry VIII and his coterie of ex-wives.

Staged at the newly crowned University Theatre, Til Death Do We Part is a critically acclaimed comedy billed as “Six Queens. Six Love Stories. Six Deaths. One Actress!”

Presented by the Vancouver troupe Monster Theatre, the Nov. 3rd play marks the venue’s debut, followed by a wine-and-cheese reception. A second performance is on Sunday, Nov. 4th.

The refurbished and renamed University Theatre seats up to 220 people and is housed in the former ADM026 Lecture Theatre in the Administration Building, adjacent to the bus stop.

Til Death Do We Part, written and directed by Ryan Gladstone, was a “Pick of the Fringe” at the 2012 Vancouver Fringe Festival.

The one-woman comedy stars Tara Travis in a virtuosic performance. One by one, King Henry VIII’s motley mix of exes file into a purgatory of sorts, much to the dismay of each previous wife. It culminates in a heated catfight, visited by the King of England.

The inaugural event, sponsored by the Faculty of Creative and Critical Studies, will be followed by regular programming and weekly events at University Theatre.