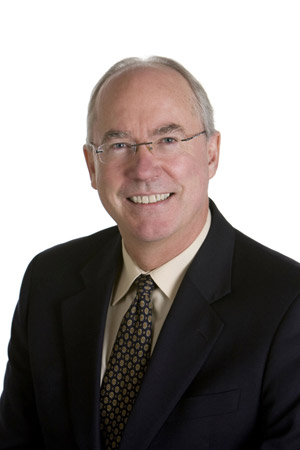 UBC’s global alumni community includes thousands of accomplished people whose collective contributions are making the world a better place. Some stars, however, rise higher, shine brighter and earn the admiration of all around them.

Among them is Paul Mitchell, QC, a Kelowna lawyer and UBC alumnus (BCom’78, LLB’79), who will be honoured at a gala in Vancouver on November 14. Mitchell is being given the Blythe Eagles Volunteer Leadership Award.

Born and raised in Kelowna, Mitchell has played an integral part in his hometown’s remarkable growth over the last few decades. He is a tireless community volunteer and leader whose strategic initiatives and involvement in dozens of socially-oriented organizations have helped to create a vibrant and connected city.

Believing in the value of education and the untapped potential of his region, Mitchell co-founded the U-2000 Society in 1996 to lobby for the creation of a full-status university in Kelowna. The group’s efforts were rewarded with the establishment of UBC’s Okanagan campus in 2005.

He continues to support the university through his role on the Capital Campaign Cabinet for the university’s start an evolution campaign; as an advisory board member of the Faculty of Management; and through his years of service as an Alumni Association board member. He was selected by a committee of local alumni to receive the 2009 Okanagan Alumni Community Builder Award.

Mitchell has held leadership roles in nearly 40 organizations including the Kelowna Chamber of Commerce and Kelowna General Hospital.  In 1998 he headed the Central Okanagan United Way Campaign, for which he was recognized with a Local Hero Award. In 2004, when the region was still reeling after a major mountain fire, he gave it a much needed boost by successfully pitching Kelowna as host for the Memorial Cup. He also headed the Okanagan Innovation Fund, which exists to encourage investment in the region’s future.

Mitchell is a partner of the law firm Pushor Mitchell LLP, which was named Kelowna Corporate Citizen of the Year in 2008. His practice specializes in personal injury with an emphasis on brain and spinal injuries. He has gained a reputation as a tenacious advocate for his clients and for trauma victims in general. Mitchell was a director of BrainTrust Canada for more than 20 years, supporting the organization in its early years by providing office space and initiating programming to provide free services to those living with brain injury.

Mitchell’s outstanding contributions have been recognized with numerous awards over the years, most recently the 2012 Kelowna Chamber of Commerce Honorary Life Member Award.

Another alumni award winner is currently studying in the BC Interior to become a physician. 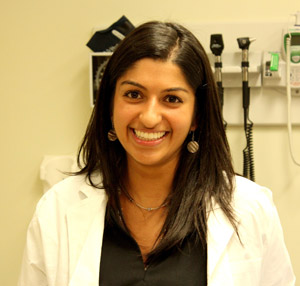 Alia Dharamsi, who is studying medicine in the Okanagan, received the 2012 Outstanding Future Alumnus Award from the UBC Alumni Association.

Dharamsi graduated from UBC in 2010 with a Bachelor of Science degree. Throughout her studies, she has been extensively involved in community service. She is the founder and president of the UBC chapter of Meal Exchange and coordinated efforts to fundraise $56,000 for Lower Mainland food banks.

She has also developed high school modules to bring international health issues into the classroom. More recently, Dharamsi created the We Are 2015 educational initiative, which aims to inspire a new generation of global citizens to make personal contributions towards achieving the 2015 Millennium Development Goals.

Dharamsi has volunteered in excess of 650 hours at Canucks Place Children’s Hospice in Vancouver, was the inaugural co-chair for the INNOVATE student conference on technology and sustainability, and is involved with SEVA Canada – a charity that strives to prevent blindness in developing countries, creating high school engagement materials to connect the issue of blindness to current science education. Alongside these community activities, she is a mentor and tutor in the UBC Learning Exchange’s Trek program and the Let’s Talk Science program.

In recognition of her community service, Dharamsi received the BC Community Achievement Medallion and the YWCA Young Woman of Distinction Award in 2011.

Dharamsi is currently doing an internship at Kelowna General Hospital and Royal Inland Hospital in Kamloops.