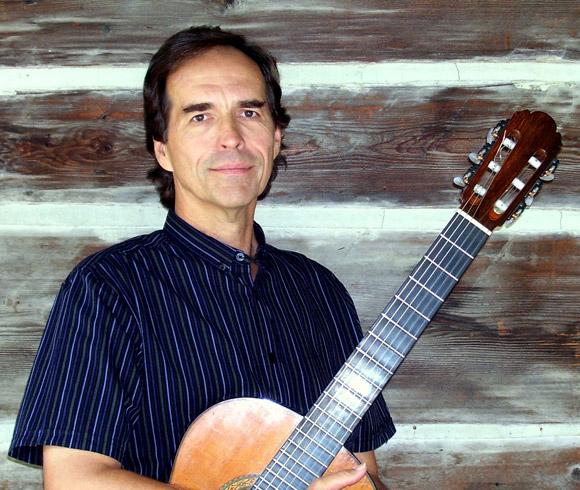 The 2012/2013 Minds and Music concert series kicks off on November 28 with Alan Rinehart, a world-renowned performer, teacher, and music editor.

The concert and discussion features early Spanish guitar music of the 16th to early 19th centuries. Rinehart will make an encore appearance at Minds and Music on January 23.

“It is particularly exciting for me to be able to present the first two concerts in the context of the history of the guitar in Spain and Latin America,” says Rinehart. “The guitar has long been associated with Spain and South America, but most people don’t realize how far back that association reaches.”

The first concert will be in three sections, starting with the quietly majestic and ethereal court music of the 16th century through the melodically appealing baroque period and into the great classical golden age of the early 19th century, notes Rinehart.

“The second concert in January will feature some better known concert works by Albeniz, Tarrega (Spain), and some of the wonderful repertoire from South America by Brazilian Heitor Villa Lobos, Paraguayan Agustin Barrios, and Argentina’s Maximo Pujol,” he adds.

The organizer of the series, Manuela Ungureanu, says Rinehart’s appearances at UBC’s Okanagan campus compliments other upcoming events hosted by the Minds and Music concert series: The Year of the Guitar, including a recital with celebrated guitarist Daniel Bolshoy on March 8, 2013.

Minds and Music concert series aims to present the world’s finest music by renowned performers, and put it all into a contemporary context through informal lectures by faculty and artists about the music, its past, and how it relates to the present. The series, which is made possible through the Irving K. Barber Endowment, is free and open to the public.

For information on the Minds and Music concert series, including upcoming events, visit www.ubc.ca/okanagan/mindsandmusic. To learn more about Rinehart visit www.alanrinehart.com