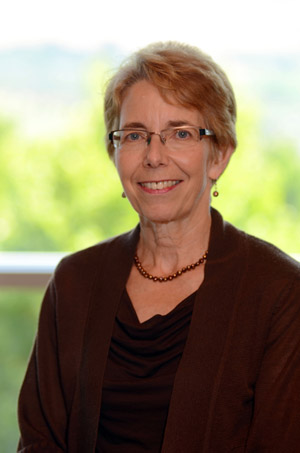 With nearly $1 million in funding from the Canadian Cancer Society, a UBC researcher will target cancer prevention strategies in northern B.C., where cancer incidence rates are the highest in the province.

Professor Joan Bottorff, Director of the Institute for Healthy Living and Chronic Disease Prevention at UBC’s Okanagan campus, will spearhead a multi-sector team of researchers and health professionals from the Canadian Cancer Society – BC & Yukon Division, BC Cancer Agency and Northern Health (NH) in a project aimed at reducing the incidence of cancer in northern British Columbia.

“There is a pressing need for improved primary cancer prevention in northern B.C., where mortality rates for all cancers are highest in comparison to other provincial health regions,” says Bottorff.

The smoking rate in northern B.C. is 22.8 per cent, substantially higher than the provincial average of 15 per cent, and the region has the highest rate of lung cancer in the province. As well, reports consistently show higher obesity levels in NH. In 2009-10, 45 per cent of the B.C. population was considered obese or overweight, while the NH region averaged 58 per cent. In particular, obesity rates among northern men are higher than the rest of the province.

“Based on the evidence, it was determined that smoking cessation, as well as healthy eating and active living among men were key cancer prevention initiatives,” says Bottorff. “Avoiding tobacco, staying physically active throughout life, consuming a healthy diet and maintaining a healthy weight have been shown to reduce one’s lifetime risk of developing and dying from cancer.”

Due to the large size of the northern region and its dispersed populations, delivering cancer prevention services is challenging, making it difficult for any one organization to have a significant and lasting impact.

To address the issue, Bottorff and her team will develop and evaluate approaches for delivering two cooperative cancer prevention projects specifically tailored for northern B.C. communities.

“This is a really exciting opportunity to further support the great work of the three agencies,” says Lucy Beck, Regional Director, Public Health – Population and Protection, Northern Health. “We need to continually work together to ensure we are providing strong and unified services to northerners, and our collective impact on this work moves us in the right direction.”

The first project is titled Stop Smoking Before Surgery (SSBS), and will be implemented in the two pilot communities of Prince George and Prince Rupert.

“Many people do not know that stopping smoking eight weeks before surgery leads to improved recovery and often a shorter hospital stay. This initiative is an excellent opportunity to showcase an innovative partnership approach to primary cancer prevention that grew out of the Northern Cancer Control Strategy,” says Sonia Lamont, Provincial Director, Prevention Programs, BC Cancer Agency.

“The importance of primary cancer prevention cannot be overstated. By implementing what we know today about the five main preventable risk factors for cancer, more than 50 per cent of cancers can be prevented. This is very important for British Columbians to know so that action can be taken towards healthier lifestyle choices.”

Project two, titled Men’s Healthy Eating and Active Living (M-HEAL), will take place in Prince George and Dawson Creek. It will focus on the research and development of new and innovative programs and services promoting healthy eating and active living among men.

“In Canada, the rate at which new cancer cases are diagnosed continues to rise, placing greater demands on health care systems,” says Margaret Jones-Bricker, Regional Director, Canadian Cancer Society, BC & Yukon Division. “The best way to control cancer is to prevent it. By working together, we can combine resources to create a strong regional prevention initiative in northern B.C.

“Harmonizing cancer prevention services will have an impact on the region’s burden of cancer, and will also inform how other Canadian regions can deliver similar programs.”