Looking for the silver lining in the wake of Hurricane Sandy 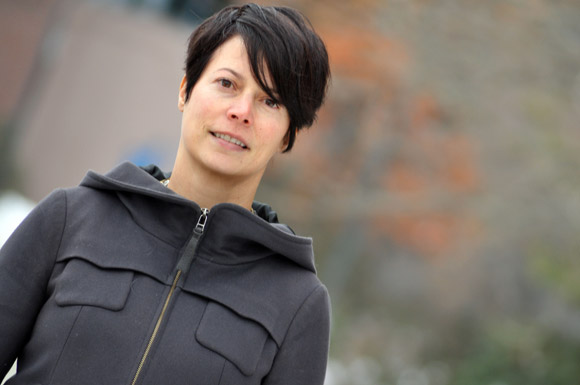 But can a disaster or crisis create opportunities for positive social change?

This is the question that Shelley Pacholok, assistant professor of sociology at UBC’s Okanagan campus, is exploring in a new line of research.

“Most of the work that has been done so far on disasters documents the ways social inequality is perpetuated in the aftermath of the disaster,” says Pacholok. “This work is important and we don’t want to overshadow the struggles that people face when they experience a disaster. But we don’t want to be blind to the possibility that crises can transform social life in ways that may be beneficial.

“The crisis creates situations that force people to do things differently, at least temporarily. So what does that mean for social relationships, and more broadly, inequalities? It’s a new question, and it’s exploratory. There’s no literature to draw upon, as this hasn’t been an area of inquiry in disaster studies.”

Using seed funding from UBC’s Okanagan campus, Pacholok and her research assistant Marcilyn Cianfarani travelled to New York City to conduct a small pilot project on Hurricane Sandy. Pacholok interviewed eight people who were identified as being marginalized in the wake of the storm. Participants were asked to relay their hurricane experiences, including ways the storm impacted their personal relationships.

“The people we spoke with were struggling on a number of different levels, from housing and relocation issues to navigating disaster relief programs. We encouraged them to talk about that, but we also asked them if anything good happened during, or resulting from, the experience,” says Pacholok.  “It was surprising to find quite a few people referenced how they positively connected with people they wouldn’t have normally connected with.”

For example, Pacholok recalls a story shared with her by a homeless man who lived in a community with racial tensions between Hispanics and African-Americans. He talked about taking shelter in an apartment building during the storm, how the two groups pulled together and shared their meager resources, looking out for one another and sleeping in shifts. He also noted that in the weeks following the storm, he began to acknowledge people on the street whom he normally would have ignored, or even feared.

Pacholok also interviewed a queer woman who found herself in conversations with neighbours at aid stations after the storm, where she said she opened up about herself and her partner in ways she didn’t feel comfortable doing before.

“These are the small social shifts that we want to explore,” says Pacholok. “Hurricane Sandy brought together people across social divides. These connections may be fleeting. We don’t know yet.”

Pacholok is continuing her preliminary analyses of the interview data with the intention of using the results from the pilot study to secure more funding for a larger research initiative.