Prolific poet and storyteller to read at UBC’s Okanagan campus 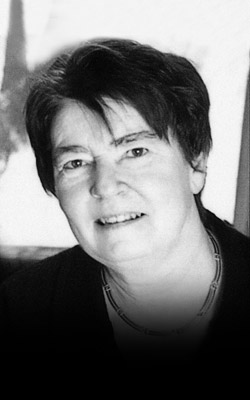 An iconic figure in Quebecois culture, internationally acclaimed writer Nicole Brossard will give readings in both of Canada’s official languages when she visits UBC’s Okanagan campus this month.

Brossard, who lives in Outremont, Quebec, has published more than 30 books including These Our Mothers, Lovhers, Mauve Desert, and Baroque at Dawn. While she writes in both English and French, her work has also been translated into several other languages, including German and Spanish. Her writing has been widely studied and anthologized and she has won national and international acclaim.

The prolific writer was twice awarded Canada’s Governor General Prize for poetry; in 1974 for Mécanique Jongluese and in 1984 for Double Impression. She has received Quebec’s highest literary honour, le Prix Athanase-David for lifetime achievement in literature, and twice won the Grand Prix de Poesie de la Foundation les Forges. In 2006, she was awarded the Canada Council for the Arts Molson Prize for the more than 30 books of literature she has produced throughout her career.

Her visit is sponsored by the UBC’s Faculty of Creative and Critical Studies, the department of Critical Studies’ French Programme, Okanagan Regional Library, and the Canada Council for the Arts.