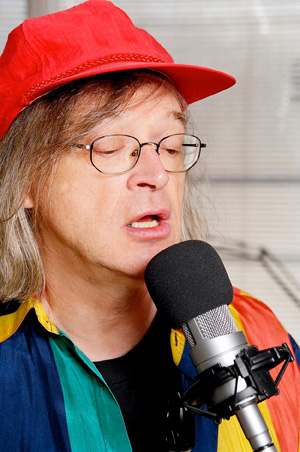 Cultural icon bill bissett brings his high-energy personality and eclectic performance style to the Okanagan as part of this year’s UBC Visiting Authors series. His charged readings of sound poetry, chanting and singing are a literary feast of sound, visual and performance poetry.

bissett appears at 7 p.m. Monday March 18 at the Okanagan Public Library, 1380 Ellis St., Kelowna and the audience can expect the unexpected. Famous and celebrated since the 1960s for pushing the boundaries of language and representation in the creation of image as a site of content and context, bissett is the world’s leading sound, visual, concrete and performance poet.

In his own prolific writing career, more than 70 books of bissett’s poetry have been published. Essentially, bissett flips the written word on its head. He eschews artificial hierarchies of meaning and interpretation, foregoing proper nouns, punctuation and proper spelling to boldly forge new paths of language and understanding.

His most recent work is Hungree Throat, his second novel-poem, published by Talon Books.