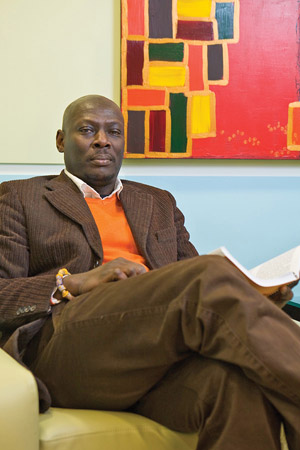 Quayson is a professor of English and director of the Centre for Diaspora and Transnational Studies at the University of Toronto.

“Linking migration and diaspora to the creative arts, I shall sketch out preliminary thoughts the three elements of place, nostalgia and what I am provisionally calling genealogical accountings for our understanding of the relation between migration and the human imagination,” says Quayson.

He has published widely on African literature, postcolonial studies and in literary theory including The Cambridge History of Postcolonial Literature and Fathers and Daughters: An Anthology of Exploration. He completed his BA at the University of Ghana and his PhD at Cambridge University.

Quayson’s lecture is part of the Faculty of Creative and Critical Studies Visiting Scholar series.