Global Citizenship Award presented for engaging students beyond the classroom 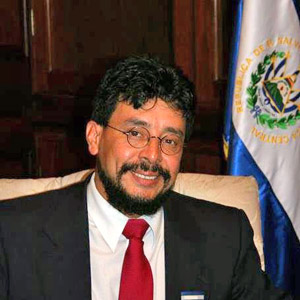 It is another feather in the academic cap of UBC’s Assistant Professor of Medical Anthropology Hugo De Burgos. Dr. De Burgos, who teaches medical and visual anthropology at UBC’s Okanagan campus, was recently awarded the Paul Farmer Global Citizenship Award.

The Paul Farmer Award is named to honour one of the world’s leading medical humanitarians and anthropologists in the 21st century for his work providing “first world” healthcare for people in the “third world,” particularly in Haiti. Co-founder of World Health Organization Partners in Health, Farmer was recently appointed as United Nations Secretary-General’s Special Adviser for Community-based Medicine and Lessons from Haiti.

The award is given annually to an anthropology professor who has found a way to engage his or her students, beyond the basic lecture, explains Rob Borofsky, director of the Center for a Public Anthropology and professor of anthropology at Hawaii Pacific University. Borofsky says the award recognizes De Burgos’s “exceptionally effective participation” in Public Anthropology’s Community Action Online Project, as well his wider activities in the public sphere.

A popular professor in the Community, Culture, and Global Studies Unit of the Irving K. Barber School of Arts and Sciences, De Burgos spent much of the past year working on a study about holistic medicine in the Okanagan Valley.

“De Burgos is to be commended for how he takes classroom knowledge and applies it to real-world challenges, thereby encouraging students to be responsible global citizens,” says Borofsky. “In actively addressing important ethical concerns within anthropology, he is providing students with the thinking and writing skills needed for active citizenship.”

In 2010, he won Public Anthropology’s Eleanor Roosevelt Global Citizenship Award. The award recognizes professors for inspiring their university students to take part in the global community and think critically, respond intelligently, and act responsibly. Only a select few—less than one per cent of the faculty teaching introductory anthropology courses across North America—receive this award. Professor De Burgos shared the honour with fellow UBC Anthropology Associate Professor Robin Dods.