UBC’s Okanagan Heat teams are now members of the big club – for good.

Today, after a process that spanned more than five years, the UBC Okanagan Heat received the votes necessary to become members of the Canada West Universities Athletic Association (CWUAA). 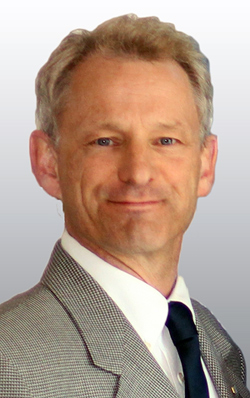 “It is wonderful news for our institution and our athletics program and I would like to thank everyone who contributed to our application – and that’s a big group of people,” says Director of Athletics and Recreation Rob Johnson.  “Back in 2007, full membership in Canada West and the Canadian Interuniversity Sports (CIS) was one of a number of institutional goals that were set, and it is very gratifying to see it achieved.”

“We’ve been working hard on this for five years. It is wonderful for our entire program and everyone who worked so hard on our application to see that work come to such a positive result,” says Johnson.

The positive membership vote also means that UBC Okanagan men’s and women’s soccer teams will start competing in Canada West in 2014.  That application was submitted in 2012 and was conditionally accepted pending the successful vote on full membership.

UBC President Prof. Stephen Toope says the move to accept Heat teams as full members of CWUAA is extremely gratifying to him.

“Strong UBC Okanagan Heat teams playing at the highest level invigorates school spirit and brings students, alumni and the community together to cheer them on,” says Toope. “Seeing the UBC Thunderbirds and Heat compete against each other is a great motivator for both campuses. With great conviction I can say, ‘Go UBC!’ ”

“Our UBC Okanagan Heat are now officially recognized amongst the best university teams in the country,” says Buszard. “Our entire campus and the communities of the Okanagan are proud to cheer them on. Heat student athletes are outstanding ambassadors of our campus with their commitment and dedication to athletic competition and scholastic achievement.”

“The ability for our UBC student athletes to play at the highest level of competition makes our campus a destination of choice for more and more students,” says Cull. “It is a great thrill going to Heat games and seeing our fans get behind their teams in a big way.”

“We’ve been waiting for this moment for a long time,” says Steve Manuel, head coach of the Heat women’s volleyball team and national coach of the year. “The perception to athletes, recruits and the community that we are full members will be a benefit to building our programs. This stability gives prospective recruits a solid reason to choose UBC Okanagan, knowing that they will always be playing against top-tier teams during their university years.”

The process began in December 2007, when Toope and then-Deputy Vice-Chancellor and Principal Doug Owram submitted a letter of intent to apply to Canada West for membership. In 2009, the initial vote for probationary standing was delayed a year by Canada West as the organization needed time to clarify its membership plan.

After gaining probationary status in 2010, the Heat played their final year of men’s and women’s basketball and volleyball in the BC Colleges’ Athletics Association (BCCAA) with both volleyball squads capturing provincial gold in the last collegiate games on their home floor.

Competing in Canada West as probationary members, the last two years have produced many memorable moments in the gym at UBC’s Okanagan campus. The Heat started CIS competition as winners as both the men’s and women’s volleyball teams defeated the University of Winnipeg at their inaugural home openers.

Other probationary period highlights include the women’s basketball team knocking off Interior rival Thompson Rivers in the final game of three graduating and storied players – Roz Huber, Madison Kaneda, and Melissa Irish – of 2013, with Kaneda hitting a three for the win; the men’s volleyball team sweeping Thompson Rivers University in back-to-back must-win matches on the final weekend of the 2011-12 season to earn a berth in the playoffs;  the men’s basketball team losing a heart-breaker by two points on a “buzzer-beater” to the then number two nationally-ranked UBC Vancouver Thunderbirds;  the men’s volleyball team defeating the Thunderbirds in their first-ever matchup; and the women’s volleyball team finishing the 2012/13 regular season tied for third with a 15-7 record and earning the right to host a playoff series this past February.

“Not a bad start for a fledgling program,” says Johnson.

The next and final step for the Heat in this membership process will be acceptance as a full, rather than probationary, member of the CIS at its annual general meeting from June 4 to 7 in Toronto.

Canada West will release its basketball and volleyball schedules Monday and Tuesday, June 10 and 11, respectively.