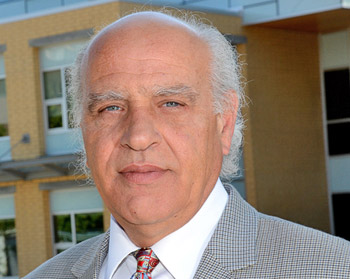 Spiro Yannacopoulos, director of UBC’s School of Engineering and Associate Dean of the Faculty of Applied Science.

Spiro Yannacopoulos was appointed Associate Dean, School of Engineering, for a five year term, effective July 1, 2013. This full-time position will have a dual reporting role to the Provost and Vice-Principal of UBC’s Okanagan campus and to the Dean of the Faculty of Applied Science.

Eric Hall, Dean pro tem of UBC’s Faculty of Applied Science has also announced the appointment of Prof. Rehan Sadiq as Acting Director for the School of Engineering for a one-year term effective July 1.