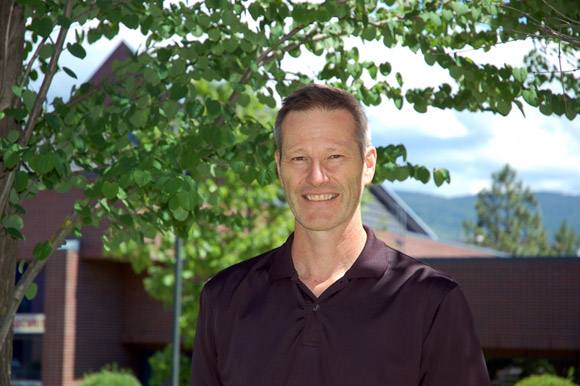 Research into the long-term effects on athletes of repeated concussions will take on a sharper focus, thanks to two recent grants received by scientists at UBC’s Okanagan campus.

Paul van Donkelaar, director of UBC’s School of Health and Exercise Sciences, has received $287,000 through the Canada Foundation for Innovation and a second grant of almost $100,000 from the Canadian Institutes of Health Research. The funding, he says, will help the university purchase equipment needed to continue investigating what happens to the brain after an athlete suffers a concussion.

Sport concussions are widely reported and increasingly topical, especially in light of so many high-profile hockey and football players sidelined due to ongoing symptoms of brain trauma. Van Donkelaar’s team is studying how a concussion affects blood flow to the brain, and how that affects concentration, balance, and attention span.

“We are looking at the physiological underpinnings of behavioural deficits in athletes who have suffered a mild concussion,” van Donkelaar says. “This combination of physiological and behavioural measures has never been examined before in the context of concussion.”

His research team is looking at junior athletes, some as young as 11, who have suffered their first concussion and because of the high-impact sport they play are likely to end up with more than one concussion during their sports career. There are many football, hockey, and rugby players in the Okanagan, and the School of Health and Exercise Sciences has contacted most local sports organizations, letting administrations know of the ongoing research and interest in test subjects.

The big question, van Donkelaar says, is how do you know if an athlete who has suffered a concussion is really okay to play? They may feel fine, their symptoms may be gone, but what about any underlying, undetected damage to the brain? And a greater potential risk, he says, is the cumulative effect of multiple concussions, which could lead to long-term disability or even premature death.

Van Donkelaar’s team will study balance control and limb motion while also examining blood flow to the brain. He explains that ideal subjects are athletes who have been diagnosed with their first concussion within the past few days; when the injury is fresh, it gives the researchers an objective way of diagnosing the damage incurred and can also help track the recovery.

When an athlete thinks they are ready to play again after a head injury, they are typically assessed by a family doctor who checks for standard subjective symptoms such as headaches, dizziness, nausea, and fatigue. If the athlete is symptom-free, they may be cleared to return to their sport. Van Donkelaar’s research will provide an objective means of assessing a concussion and has the potential to provide a clear recommendation of when it’s safe to get back onto the playing field.

“Our goal is to contribute to the knowledge that will allow for an objective means of diagnosing whether or not a concussion has occurred and ensure that an athlete is cleared to play only after they have sufficiently recovered,” he says. “So this research will help in determining how long it takes for an athlete to get back to where they were before they suffered the injury.”

“Contact sports aren’t going to go away,” he says. “They are part of our culture: hockey in Canada, football in the United States. But parents, athletes, and coaches are still confused about the information that’s out there and this demonstrates a need for an objective, evidence-based assessment of concussions.”