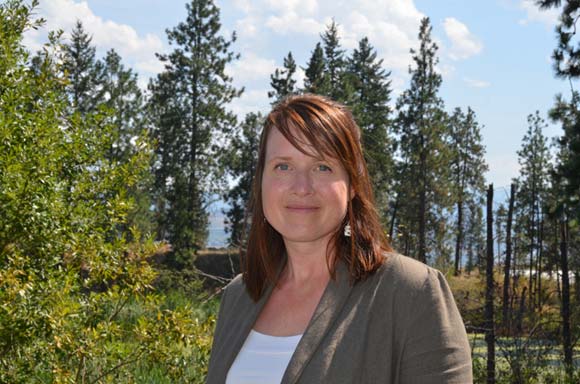 Maxine Crawford is examining how children connect with nature and how children develop responsible attitudes towards environmental stewardship.

Maxine Crawford is part of a team that found a novel way to assess children’s connection with nature – using a smartphone app. 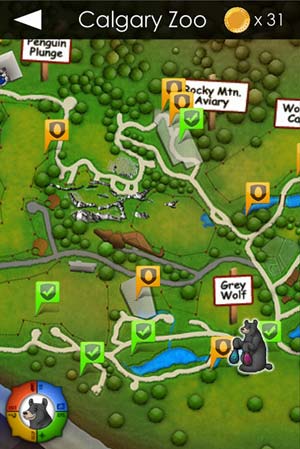 A graduate student in the psychology department in the Irving K. Barber School of Arts and Sciences at UBC’s Okanagan campus, Crawford’s doctoral research is studying interventions to increase pro-environmentalism in children, funded by $105,000 from the Joseph Armand Bombardier Canada Graduate Scholarship Program from the Social Sciences and Humanities Research Council (SSHRC).

“We know that children whose parents take them hiking and camping have a higher awareness of the environment,” says Crawford. “Also, childhood experiences with nature have a large impact on one’s environmental involvement as an adult.”

Such interactions with nature aid the development of self-concept, personal identity and environmental protection, says Crawford, whose supervisor is Assoc. Prof. Mark Holder.

The study employs an iPhone and iPad app called Order of Inter-Species Explorers, Adventurers and Ubernaturalists (OISEAU): Agents of Nature, developed by the non-profit Kelowna-based tech firm Morning Star Enterprises. The mobile app promotes an engagement with nature and provides a fun activity for children.

Crawford has used the game app for her research and expects to see how Agents of Nature helps children develop responsible attitudes toward environmental stewardship.

Morning Star had an existing business relationship with the City of Calgary, featuring the Agents of Nature app for use in seven city parks. Crawford also partnered with Calgary Catholic Schools for data collection on student field trips to three of the parks. Morning Star and Calgary Parks provided financial support as part of a $15,000 Mitacs Accelerate internship grant for Crawford’s study.

The study involves posting quick response (QR) matrix barcodes at various places around the Calgary parks. When the app is loaded onto a smartphone, users can select one of the selected parks to launch a program specifically geared to each venue.

The QR codes then spur a series of questions for each site, using multiple choice questions, visual aids and colours. Students are asked to identify a feature, provide details about flora and fauna and make observations.

For instance, one question asks students to solve this riddle:

Look at the roof and what can be found? Collections at work that are environmentally sound. 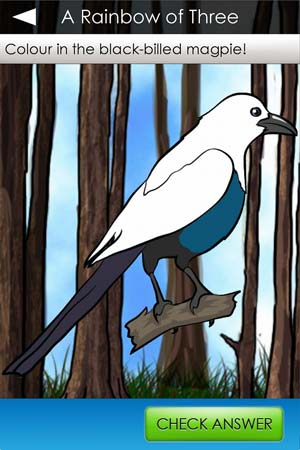 Plans are to collect data from about 1,000 participating students at each of three parks.

“It is always good to do research away from the lab,” says Crawford. Data from the study conducted over the fall will be analyzed and presented next spring as one of Crawford’s PhD comprehensive examinations.

“We are using technology as tool to see if children can be engaged by nature,” Crawford says. “I want to see if we can promote positive environmental behaviour in children.”

Aimed at 10- to 14-year-olds, the app also helps students learn such skills as map reading, using tablet computers and cellphones for researching and collaborating with classmates.

A separate study Crawford has been involved with is based on discrepancy theory. Involving participants in the U.S. and India, the study measures whether adults align their attitudes about the environment with their behaviour. In other words, do people actually conduct themselves in ways that are consistent with the values they support.

“If we align attitudes and behaviour, we find people are happier and more content,” says Crawford. Her master’s thesis focused on people’s exposure to nature as a prevention for stress. She found that highly neurotic people exposed to an urban environment had the highest negative outcomes. As well, an individual’s openness to experience impacted their response to an urban or natural environment.