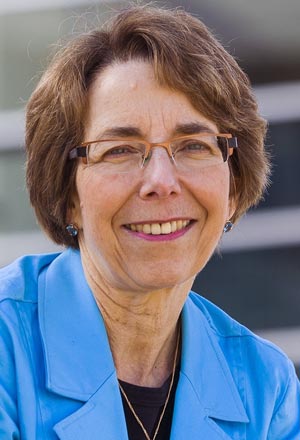 Bottorff, director of the Institute for Healthy Living and Chronic Disease Prevention, is collaborating with the School of Population and Public Health and School of Nursing at UBC’s Vancouver campus, the Metis Nation of British Columbia, the University of Ottawa and the BC Centre of Excellence for Women’s Health to deliver hard-hitting messages about tobacco use and health risk.

In a review of more than 100 studies, researchers have found growing evidence linking both smoking and second-hand smoke to increased risk of breast cancer.

Studies show tobacco smoke exposure during periods of breast development increases a woman’s risk of breast cancer when she is in her 30s, 40s, and 50s.  There is a critical need, therefore, for adolescent girls to know about this new evidence and for adolescent boys who smoke to understand how their smoking puts girls at risk.

“The aim of the START project is to design and evaluate novel tailored messages for adolescent girls and boys aimed at raising awareness about this newly recognized risk factor for breast cancer and promoting prevention practices to decrease the risk.”

Gender-specific messages were developed with youth input, and then tested with more than 1,200 adolescents participating in longitudinal survey, the British Columbia Adolescent Substance Use Survey (BASUS) led by Chris Richardson of the School of Population and Public Health. It was found that students spent more time viewing a START message than others who received a control message instead. The findings also indicated that the START messages increased awareness of this risk factor for breast cancer as well as interest in receiving more information on the topic.

Encouraged by these results, the research team has developed a number of new resources that adolescent girls and boys can access and share through social media. Researchers have developed videos, infographics, and a new website with information for girls, boys, parents and teachers.

The videos can be viewed at:
youtube.com/channel/UCfLBcHFzRnHich97vUocIHw