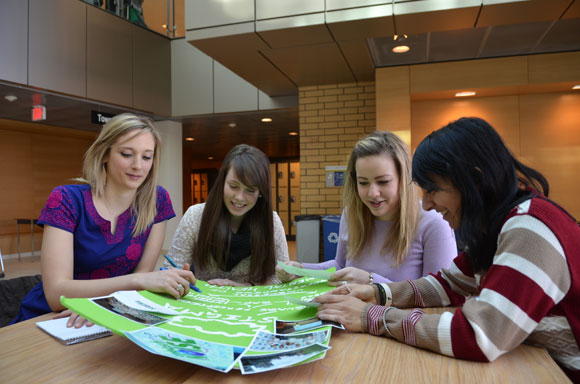 UBC Okanagan students Christine Gregory, Alexa Geddes, Lauren Airth, and Tanveer Gill are headed to Toronto to participate in the second annual Unleash the Noise conference that deals with the negative stigma of mental illness.

A group of students from UBC Okanagan is heading to Toronto to find methods for openly speaking about a topic that is often ignored or swept under the rug.

Unleash the Noise is a Student Mental Health Innovation Summit that is entirely student-inspired, student-organized, and student-led. The conference looks at mental health issues that students across Canada face—mostly alone and without a place to turn for help, as many are afraid of the stigma attached to mental health.

“As a nursing student, and future health care provider, I think it is imperative that the issue of mental health be brought up more comfortably in society,” says Geddes.

“Together, we will challenge the stigma that surrounds mental health and illness, share our stories and experiences, and engage in rich discussions about ways we can create awareness and action,” says Geddes.

A facilitator and presenter at the summit, Geddes says the intention is to come away with new initiatives that will inspire change and make a difference within students communities across Canada.

The summit, and some travel expenses for delegates, is funded by Toronto’s Jack Project—a legacy of student Jack Windeler, who died by suicide during his first year at Queen’s University. Airth shared some university classes with Jack’s cousin and through that connection attended the inaugural summit last spring.

“I am excited to be part of revolutionizing the way Canadians view mental health,” says Airth. “And I’m excited to see what this year has in store, especially after last year’s success where we made gains to decrease the stigma of mental health issues by increasing resources available to students.”

Last year, students at Unleash the Noise rallied together to take a progressive and proactive lead to fundamentally change the way people think about mental health. As a result, the summit created a first-ever, student-led Mental Health Innovation Platform to act as a central hub for student-led organizations and individual students to maintain the mental health discussion beyond the summit. So far this has connected students with the resources, knowledge, and engagement expertise they need to become leaders within their respective communities, Airth explains.

Unleash the Noise takes place at Toronto’s MaRS Discovery Centre February 28 to March 1 with 225 student delegates from 40 different universities, colleges, and high schools from across Canada attending. UBC Okanagan’s four delegates are still fundraising for the event. To contribute to their fundraising efforts, visit www.unleashthenoise.com and “support a delegate.” 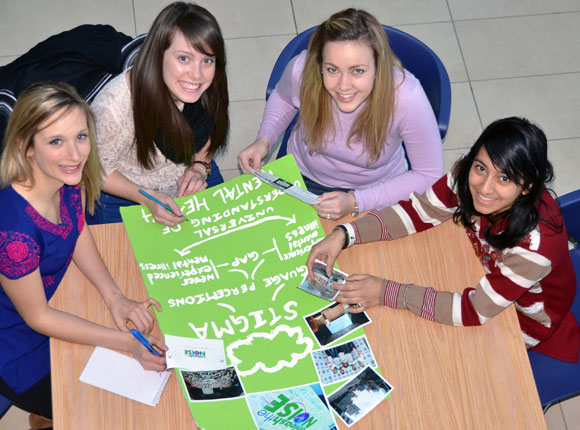