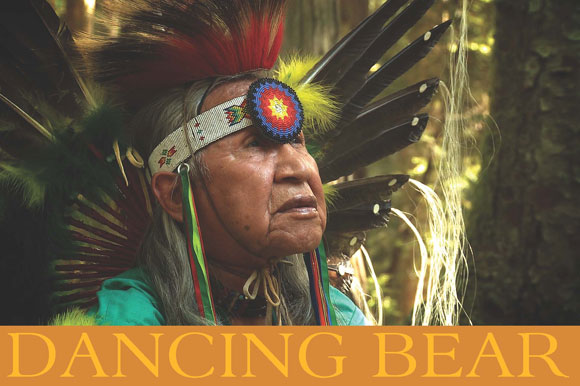 For decades, Shuswap elder Ernie Philip – residential school survivor and  internationally acclaimed First Nations dancer – travelled throughout BC teaching thousands of Aboriginal and non-Aboriginal children about his culture and the native way of being.

With adult audiences, Ernie gradually revealed his inner journey – the precarious times of anger and desolation following Residential School, and the re-creation of his own precious identity.

The documentary film Dancing Bear began as a cross-cultural attempt to understand the idea of Truth and Reconciliation in response to the Residential School legacy. Initially conceived as a 30-minute film exploring Ernie’s life and ways, during the past two years Dancing Bear has become a feature-length appreciative inquiry. Canadian film-maker Ben Ged Low’s lens, ear and heart connect us thoughtfully and emotionally to the world Dancing Bear creates and the world that sings back to him.

It juxtaposes the grey desolate and often brutal life of Residential Schools and the vibrant world of pow wows and drumming groups and the power of community celebration, dancing and laughter; it is a portal into what was, what is, and what can be – and a dedication to the universal Creator.

“We are thrilled to host Ernie and members of his film team for this event,” says Jeannine Kuemmerle, acting manager of Aboriginal Programs and Services.

“Our department was contacted directly by the film team about hosting a screening of the documentary,” says Kuemmerle. “The timing of this event is perfect. It fits directly with the series of Truth and Reconciliation programming that has occurred on campus throughout the year in partnership with the Faculty of Creative and Critical Studies, Indigenous Studies, and the Indigenous Students’ Association.”

The showing will be preceded by Aboriginal dancing and food and there will be time afterwards for reflective conversation and support for those who wish to seek it. 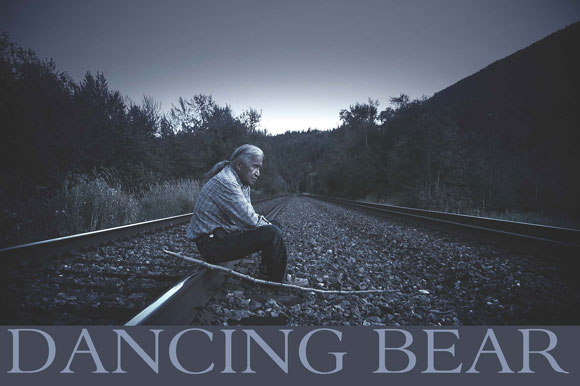