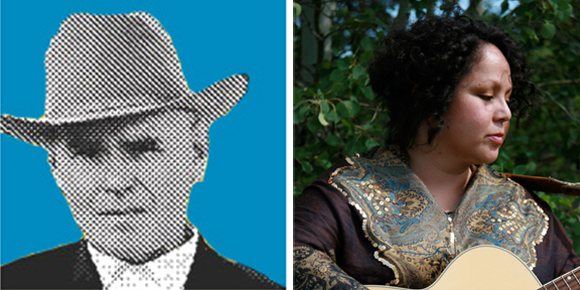 Herald Nix and Karen Donaldson Shepherd will both perform at the Summer Solstice event, Saturday at the Woodhaven Eco Culture Centre, at 969 Raymer Road in Kelowna. 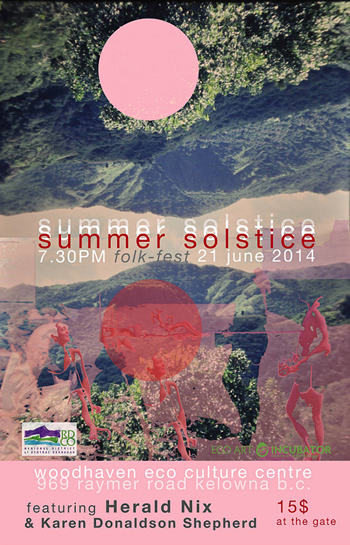 Creative Studies students at UBC’s Okanagan campus invite you to celebrate the summer solstice at a folk, blues and roots event in the relaxing and beautiful outdoor setting of Woodhaven Eco Culture Centre.

Imagine yourself, as the evening sun sets, listening to legendary Herald Nix and Kelowna’s own Karen Donaldson Shepherd in two solo acts that will set the stage for a summer’s beauty.

Nix, a singer, songwriter, and guitarist, is one of the most respected artists in the Canadian underground scene.  Born and raised in Salmon Arm, he continues to inspire audiences with his rockabilly, bluesy tunes, with lasting lyrics that are profound and meaningful. ReverbNation (reverbnation.com) says that he “sings like Hank Williams, writes like Steinbeck, and paints like nobody else.”

Donaldson Shepherd, plays a number of instruments including fiddle, guitar and the gayageum—a traditional Korean stringed instrument. She has performed as both a soloist and group musician for two decades, and her group, The Crow Girls, received a 2008 Native American Music Award for Best Folk Recording and nomination for the 2007 Canadian Folk Music Awards for best Aboriginal songwriter. She has performed at international events in South Africa, Korea and Europe, and has played locally in UBC Okanagan’s FINA Gallery, and at UBC Okanagan’s Truth and Reconciliation Commission tree-planting ceremony.

The Woodhaven Eco Culture Centre is located in a 3.5-hectare nature conservancy. In an agreement with the Regional District of the Central Okanagan, UBC’s Faculty of Creative and Critical Studies manages a large heritage home on the property that is an ideal place to hold small retreats, art projects, events, and performances.