From brownies and Bundt cakes to running water in India 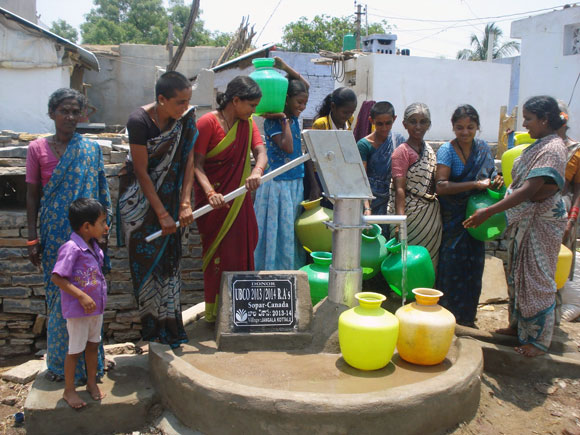 Women and children in the village of Jangala Kottalu are used to carrying water to their part of the village. Now, thanks to the dessert buffet organized by students in UBC’s Residence Association they have fresh water from a new well.

It was the case of two opposites: the decadence of dessert and a village in India with no clean water.

For a group of students from UBC’s Okanagan campus, the idea of desserts — all rich and creamy and gooey — was the perfect way to raise money to build a well for that village of 250 residents. Third-year sociology student and student residence advisor Raman Rajwan, loves to bake and wanted to find a purpose for all that good food.

“One of the major social issues in our world is the lack of clean drinking water,” says Rajwan. “I really wanted to motivate my residents to be the change in the world and I wanted to put my passion of making cupcakes to good use.”

During the academic year, there are about 1,700 resident students at UBC’s Okanagan campus and Residence Life manager Ned Gallagher says advisors work to iron out wrinkles of student life and to enrich their experience living on campus.

“There are lots of aspects to Residence Life including engaging students during those first few weeks of transition to university life, and initiatives surrounding diversity, mental health, academics, and community engagement,” says Gallagher. “This year, it was the well in India.”

Rajwan worked with a group to organize the fund-raiser dessert buffet. Students planned the event, sold tickets, and made more than 50 desserts like KitKat-Nutella cakes and pink lemonade cupcakes, raising $950 at the February event.

Now they can see the fruits of their labour. Gallagher says the money was presented to Sopar International, a non-profit, non-government organization that works to support development in India’s poor communities. A well, in the village of Jangala Kottalu, Andhra Pradesh, was opened this spring.

“We have nine residence buildings and a multitude of units and we try to engage the students as much as possible,” Gallagher says. “The dessert buffet is the perfect example of everything coming together with a positive outcome for those involved and the end result of a working well in India.” 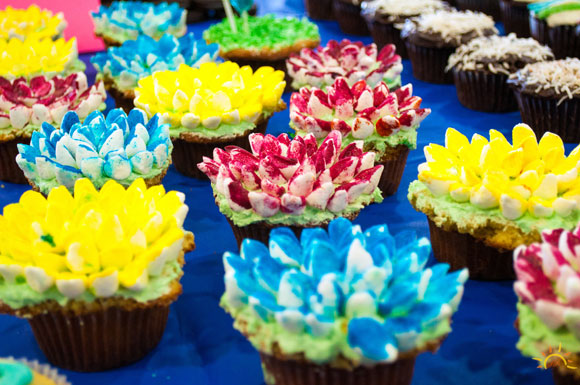 A small sampling of the decadent desserts made by UBC students as a fundraiser for the well in India.