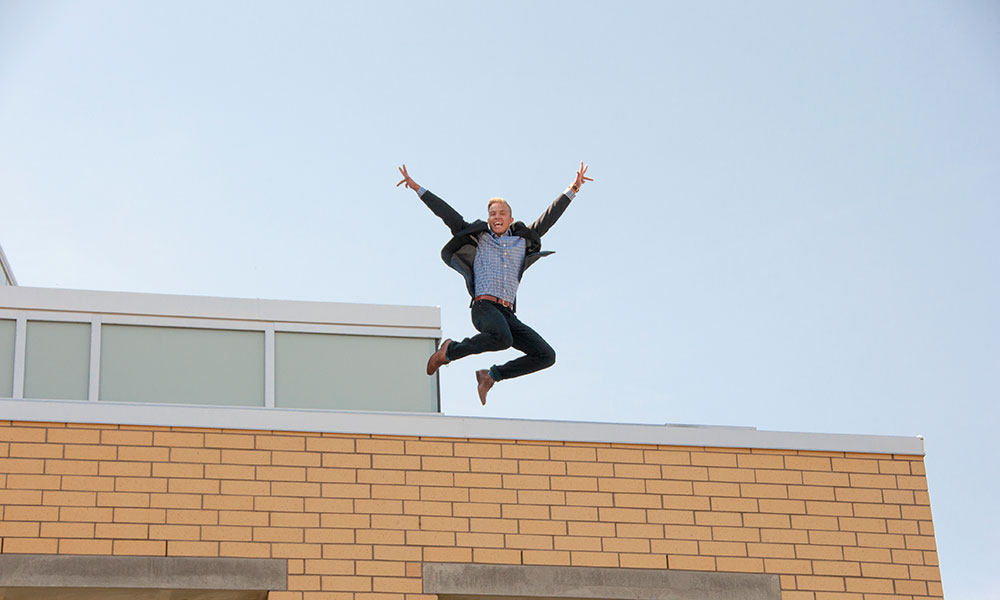 Education
Bachelor of Management (in progress)

“UBC Okanagan is a place where students who want to excel can stand out and where there are opportunities you can capitalize on.”

AS A BOY GROWING UP IN REGINA, Matt Stefan longed to be like his dad—a successful businessman, impeccably dressed in a suit and tie.

Fast forward to September 2015 and the UBC Okanagan Faculty of Management student— dressed in a smart suit, sans tie—is poised to begin his fourth year at a university that has prepared him to take the business world by storm.

Stefan, 21, says UBC’s Okanagan campus was the natural choice when selecting a university; a friendly, intimate campus with an educational philosophy that fit his learning style. The university’s prime location in Kelowna, just 45 minutes from Big White Ski Resort, was icing on the cake for the provincial-level snowboarder.

“I was accepted at all the schools I applied to but chose UBC Okanagan in part because of its strong commitment to experiential learning and to helping students get out of the classroom,” he says. “I liked the idea of smaller classes, being one of the first cohorts to go through the school, and having an opportunity to funnel into a new social pipeline.”

Stefan has made the most of his university experience: joining student clubs; taking part in the Entrepreneurial Boot Camp; and earning a spot on the Entrepreneurial team that placed fourth at JDC West, an intensive three-day business competition for teams from Western Canada’s top universities. He also lived in residence, where he made a close-knit group of friends including Hilton Routley, an International Relations student who is now his best friend and business partner.

“I was the only student from my high school to go to UBC Okanagan so it was important for me to develop new friends and sign up for every club I could,” he says. “My parents encouraged me to get involved in university life. They said their best stories came from the years they spent on campus.”

There is no doubt Stefan has made the most of the multitude of opportunities available at UBC Okanagan. Last year, he was part of a team that launched Festfeed, a social networking app the Students’ Union has agreed to use for all its events. He also competed in Case Competitions where he and Routley were able to present, network, and forge partnerships with leaders from the business community, including Accelerate Okanagan, a tech start up support organization that provided the pair with office space and one-on-one mentoring. 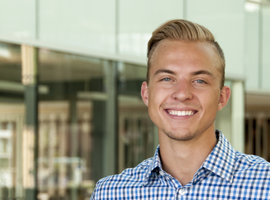 Local organizations haven’t been the only ones to encourage his efforts. Stefan says staff in the Faculty of Management have provided him with tremendous support in the form of guidance, meeting space, funding recommendations, and introductions.

The enthusiastic student is now vying for a sought-after Fellowship from The Next Best Thing, a non-profit entrepreneurial training program that provides winners with access to the network, tools and skills needed to build what organizers describe as “their own great Canadian company.”

If Stefan’s track record is any indication, that suit may come in handy.