For Professor and Canada Research Chair Heinz Bauschke, math is a beautiful art connected to every aspect of life 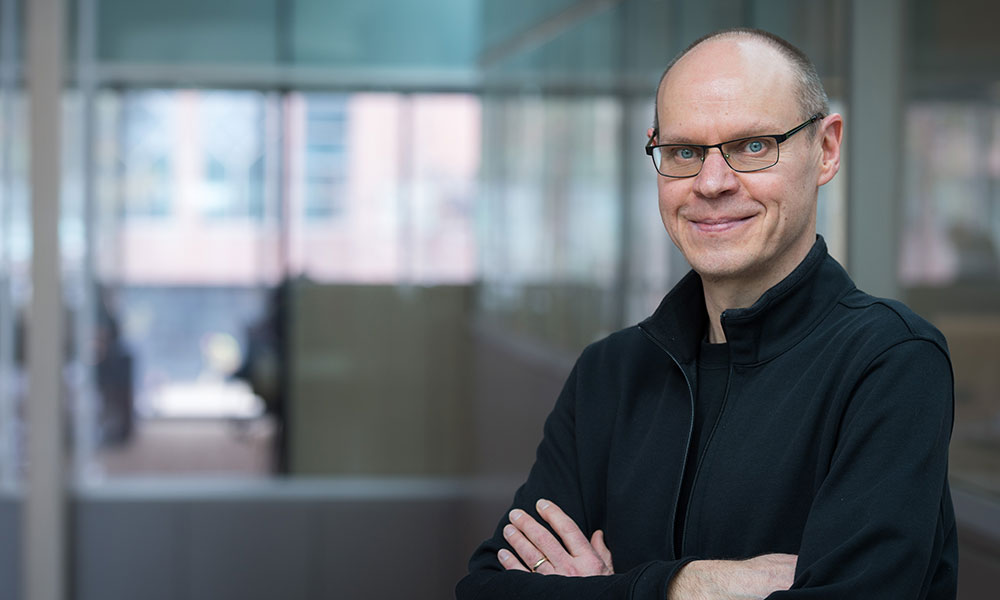 “I’m in math for its beauty, but in addition to being exquisite, it is also practical and helps students get good jobs.”

GROWING UP IN FRANKFURT, GERMANY, Heinz Bauschke loved two things: math and Jack London books. His passion for math earned him a PhD, and the impression of Canada created by London classics Call of the Wild and White Fang brought him to Halifax, Nova Scotia, and eventually to the Okanagan Valley and UBC, where he won the inaugural UBC Okanagan Researcher of the Year Award.

Bauschke doesn’t view math as an independent field of study, but rather as something connected to everything and found in every aspect of life.

“I was fortunate to have excellent PhD and postdoc supervisors who, in addition to being some of the best mathematicians in the world, were also exceptionally clear writers,” he says. “Integrating math proofs into practical solutions requires both mathematical ability and good communication skills.”

Math isn’t just another pretty face to Bauschke, who holds a Canada Research Chair in applied mathematics. “I’m in math for its beauty,” he says, “but in addition to being exquisite, it is also practical and helps students get good jobs.”

Bauschke lights up when he talks about the connection to his research, teaching, and students. “It’s fulfilling for me as a professor and mathematician when I see students using math we have developed at UBCO to answer real-world problems.”

One of his former students worked with him and other math and computer science faculty on optimization and road design. Their research investigated how to build roads more efficiently and reduce construction costs. That former student is now an engineer who uses many of the formulas worked on while he was a student at UBC Okanagan.

“Math is about people,” says Bauschke. “You don’t need big money or large departments to do great math. You can tap into powerful computers anywhere in the world, but accessibility to diverse people and special skill sets is what makes the math come alive and promotes progress.”

“We are a very cohesive group,” says Bauschke. “Students can be co-supervised by faculty members across math, computer science and statistics. The real benefit is that all members are not identical in their focus and expertise.

“We specialize in different applied and theoretical approaches, but we all connect and work together to come up with unique solutions to problems.”

COCANA has attracted top students, post-docs and professors from all over the world, including Brazil, China, France, Israel, the U.S. and Vietnam.