The finest teachers at UBC’s Okanagan campus were honoured at a special event Thursday.

Teaching Excellence and Innovation Awards were presented during a ceremony on campus, recognizing professors, teaching assistants and tutors for making a difference for their students.

“These awards celebrate teaching and specially recognize the importance of teachers at our university,” said Cynthia Mathieson, Provost at UBC Okanagan. “Our awards acknowledge innovation, engagement and distinction in the preparation of our students.”

The Teaching Honour Roll is based on student evaluations, recognizing the top 10 per cent of faculty members for their great work and inspiring their students.

Honour Roll awards were followed by the presentation of the Teaching Excellence and Innovation Awards to two members of faculty — a distinction accompanied by a $3,000 prize and special recognition during Convocation ceremonies in June.

“Students from across Canada and around the world choose the University of British Columbia because they want a remarkable education enabled by skilled, thoughtful and engaging teachers,” said Mathieson. “I am proud to say that we deliver on this promise every day through our extraordinary educators at UBC Okanagan.”

Winners of the 2017 Teaching Excellence and Innovation Awards are Assoc. Prof. of Computer Science Ramon Lawrence, and Assoc. Prof. of Anthropology Christine Schreyer. Both are faulty members in the Irving K. Barber School of Arts and Sciences. 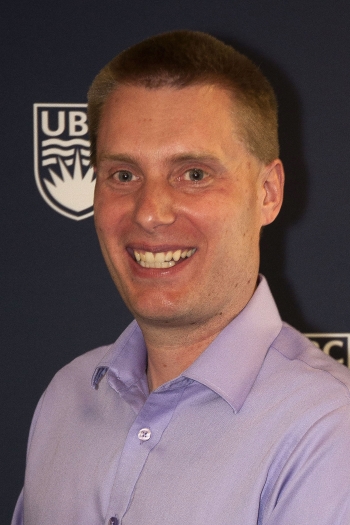 Lawrence’s excellence in teaching practice has been recognized by student teaching evaluation scores well beyond the norm. He has been among the top 10 per cent of faculty — named to the UBC Okanagan Teaching Honour Roll — in eight of the past nine years.

In nominating his professor for the award, one student described Lawrence as a “database master-mind” and another student noted, “I would recommend this class to any students aspiring to become teachers, because this is how it should be done.”

“Students value the knowledge gained from Dr. Lawrence’s classes, benefitting from his experience outside of academia in the computer science industry,” said Mathieson. “They are inspired by his enthusiasm and approachability, and drawn to his lectures by such direct relevance to their studies and future careers.” 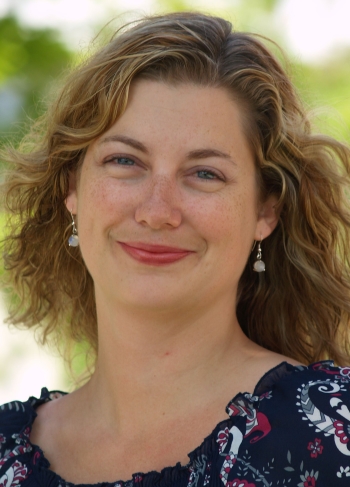 An innovator in developing socially relevant and community-engaged courses, Christine Schreyer single-handedly created a popular and compelling degree pathway in linguistic anthropology for the Anthropology program.

“Christine Schreyer takes extraordinary steps to ensure the next generation of scholars receive the best education possible, offering them respect, an open door and inspiring coursework that goes far beyond a classroom,” said Mathieson.

Over the past three years, Schreyer has supervised or co-supervised no less than four Undergraduate Research Award recipients, each engaged in highly significant – even transformative – work such as studying the Kala language in Papua New Guinea to help develop a Kala dictionary for the community.

“Having Dr. Schreyer as a professor was a turning point for me,” wrote one of her former students. “She brought to light what an anthropologist’s role was in mitigating the devastating effects of language loss, and inspired my entire career as a conservationist in biology and anthropology.”

Winners of the Provost’s Award for Teaching Assistants and Tutors — an award that recognizes outstanding undergraduate and graduate teaching assistants and tutors — are:

This is the 10th year UBC Okanagan has hosted the Teaching Innovation and Excellence Awards.