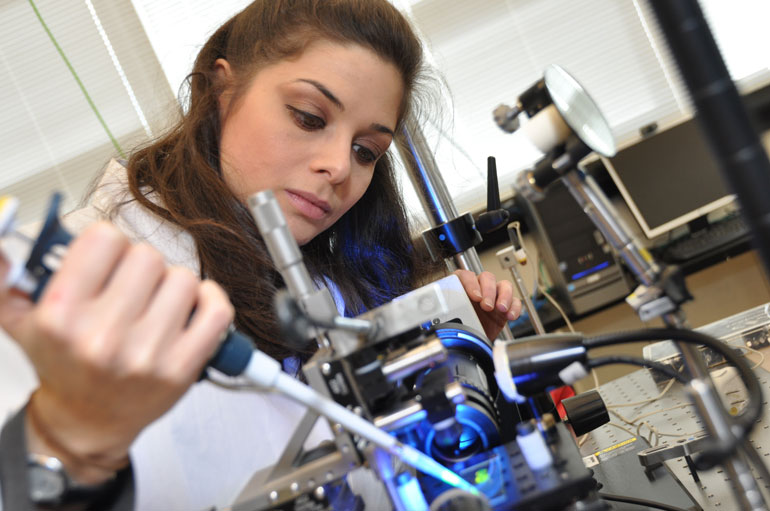 Prof. Mina Hoorfar, Director of the School of Engineering, says new research proves their miniaturized water quality sensors are cheap to make, can operate continuously and can be deployed anywhere in the water distribution system.

“Current water safety practice involves only periodic hand testing, which limits sampling frequency and leads to a higher probability of disease outbreak,” says Hoorfar. “Traditional water quality sensors have been too expensive and unreliable to use across an entire water system.”

Until now, that is. Tiny devices created in her Advanced Thermo-Fluidic lab at UBC’s Okanagan campus, are proving reliable and sturdy enough to provide accurate readings regardless of water pressure or temperature. The sensors are wireless, reporting back to the testing stations, and work independently—meaning that if one stops working, it does not bring down the whole system. And since they’re made using 3D printers, they are fast, inexpensive and easy to produce.

“This highly portable sensor system is capable of constantly measuring several water quality parameters such as turbidity, pH, conductivity, temperature, and residual chlorine, and sending the data to a central system wirelessly,” she adds. “It is a unique and effective technology that can revolutionize the water industry.”

While many urban purification plants have real-time monitoring sensors, they are upstream of the distribution system. Often, Hoorfar notes, the pressure at which water is supplied to the customer is much higher than what most sensors can tolerate. But her new sensors can be placed right at or within a customer’s home, providing a direct and precise layer of protection against unsafe water.

And when things go wrong, they can end tragically. More than 17 years ago, four people died, and hundreds became ill, after drinking E.coli-affected water in Walkerton, Ontario.

“Although the majority of water-related diseases occur in lower- or middle-income countries, water quality events in Walkerton, for example, raise serious questions about consistent water safety in even developed countries like Canada,” says Hoorfar. “Many of these tragedies could be prevented with frequent monitoring and early detection of pathogens causing the outbreak.”

This research, recently published in Sensors, was partly funded by the Natural Science and Engineering Research Council of Canada Strategic Project Grant and Postgraduate Scholarship funding.