Striving to meet the demands of a changing society 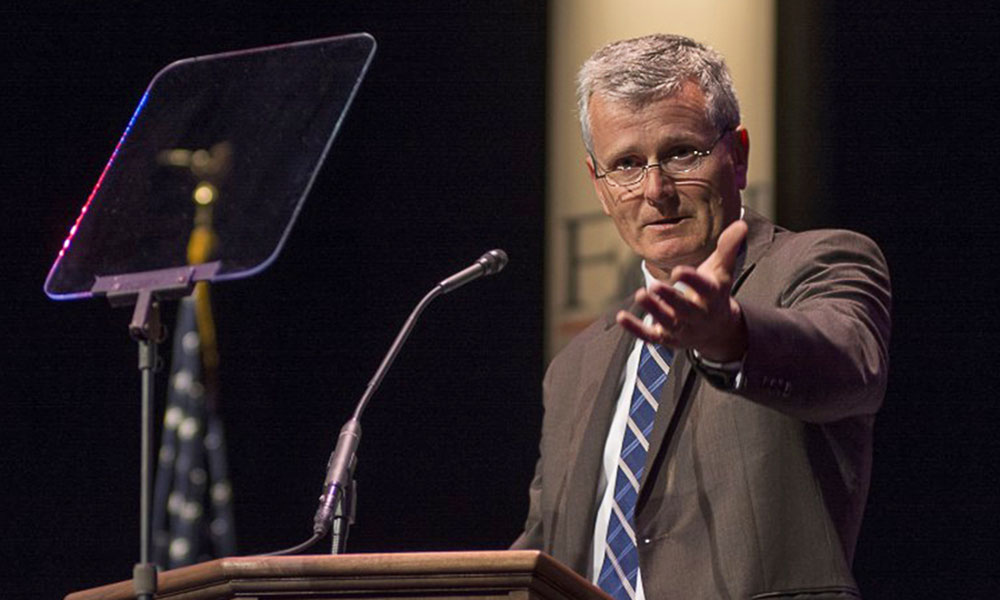 "For the right person, social work is the most beautiful career imaginable."

JOHN GRAHAM CARES. Caring is his driver. It has guided him through a multitude of life experiences around the world as a registered social worker, academic leader and civilian philanthropist.

Caring has inspired scores of his research papers and consultations in China, Africa, the US, UK, Aboriginal communities in Canada and, for many years, the Muslim Arab Middle East.

As Director of UBC Okanagan’s School of Social Work—which recruits exceptional Master of Social Work (MSW) students—Graham is supportive of colleagues and passionate about the University’s innovative and research-intensive agenda. As a scholar, mentor and leader in the field of social-work policies and research, he is prolific and impactful, continually striving to meet the demands of a changing society.

Graham is probably too modest to describe himself as an altruist, but he is not coy about the hardships that have shaped his life journey thus far.

He earned his stripes. He loves his work. And it all started with the kindness of strangers in a kitchen at Trinity College in Toronto.

Growing up among illness and poverty in Canada’s capital city and the Montérégie region of southern Quebec, Graham’s dedication to social equality began with early exposure to familial and cultural hardships.

He describes previous generations in his family as “fraught with hard luck… serious circumstances that exposed me to the difficulties people can encounter in life.”

His paternal grandfather, Walter, lost his male siblings in the Great War and left school at age 13 to support his family by delivering milk door to door via horse and buggy. It was a modest but reliable working-class income in Toronto during the ’30s. Graham’s mother was in her early teens when her mother died of tuberculosis. In an era that preceded universal health insurance, the financial impact on the family was long-lasting.

When Graham’s dad, Russell, was a boy, he helped his father with the milk run. One of their customers was Trinity College, and the nice ladies in the kitchen would often give the youngster chocolate milk.

Russell was a choir boy who became the first member of the Graham family to attend university. But first he asked his Anglican priest, Where should I go? The answer: Why not where I went? Trinity. Russell remembered the nice ladies in the kitchen. He became a chemist and manager of research science in Ottawa in the Department of Health and Welfare. (And he met his wife—John’s mother, who became a community educator at the Canadian Cancer Society—at Trinity too.)

John was a “precocious kid” who was motivated to pursue a lifelong path of assisting and seeking justice for those in need. After working with the Anglican Church’s food bank and the John Howard Society, he sought higher education.

When it came time to consider university education, Graham applied to the school where, many years earlier, his father’s academic path was christened with chocolate milk and simple kindnesses. At Trinity, Graham continued the family legacy. After getting some experiences in the human services, and almost on a whim, he says, he applied to the Social Work program at the University of Toronto.

After earning a BA and MSW, he held a pivotal position as a psychiatric social worker at the Clarke Institute of Psychiatry, one of the founding organizations of Ontario’s renowned Centre for Addiction and Mental Health.

A thirst for greater understanding of the field of social work—and a self-imposed desire for more clinical training—inspired Graham to further his studies. He was particularly interested in the origins of social work, and the then-misunderstood role of religious beliefs and organizations. Prior to Clarke, he had completed an MA in history, writing about the religious origins of social work. He decided to return to university to pursue a PhD in social work.

Little did he know what was in store.

A chance meeting at U of T with a fellow classmate, who had similar research questions, resulted in a decades-long collaboration and friendship.

Graham started working with Alean Al-Krenawi during graduate school. Al-Krenawi is a Palestinian who grew up in a Muslim Bedouin community in the Negev region of Israel.

“Although our backgrounds couldn’t have been more different, we had similar dispositions and values,” Graham says. “An agreement to collaborate on one research project has led to numerous joint-research ventures, publications and a close working relationship that has lasted decades.”

Al-Krenawi invited Graham, a Canadian with Anglican Church roots, to spend time with the Al-Krenawi tribe, which lives in Rahat in the Negev region of Israel. Here Graham and Al-Krenawi explored traditional healing and how it overlaps with social work’s approach to the treatment of mental health and social issues.

The key values of the tribe are “harmony, kinship, cooperation and responsibility to the collective,” Graham says. “As practitioners, our challenge is to incorporate these beliefs further into our strategies.”

Traditionally, social-work training had poorly incorporated an understanding or acknowledgement of religious or cultural context. Graham explains that the problem with this approach is that solutions tend to be oppressive, rather than helpful. Now, innovative social-work programs, including UBC Okanagan’s, are changing their philosophies.

“We encourage students to listen carefully and to be open about their own biases and assumptions,” says Graham, a registered social worker (RSW). “They learn to appreciate the client’s cultural expertise, and to work within this framework to help them identify and resolve problems. This is extremely different from how social work was previously understood and taught.”

“There is tremendous diversity within any intellectual construct,” he says. “Among faith traditions, for example, there are widely different approaches to faith, adherences to it, and—in the world of social-work practice—there should be nuanced approaches to practice with diverse communities. 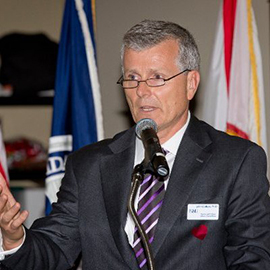 “When dealing with unfamiliar cultural groups, it is all too easy for practitioners to see members of the cultural group as homogenous,” Graham says. “But personal identities are more complicated than this. They are fluid, not binary, and they are sensitive to time, place and context. At UBC, we appreciate the need for high clinical skills—and to avoid recourse to a simple, and therefore limiting, set of assumptions. One of the things we try to teach practitioners, particularly those new to the field, is that there are no ‘one-size-fits-all’ scenarios.”

Graham believes that upon graduation, social workers should be knowledgeable about different cultural traditions and “their intersection with all positionalities”—and at the same time, to be aware that this knowledge is necessarily limited, finite and only a beginning point to understanding.

“Ideally, we all graduate with a sensitivity to lifelong learning of cultural and human differences.”

The ideal practitioner, he asserts, “seeks to listen, above all else; to be highly knowledgeable, open-minded, humble, curious; and to treat the client as a unique person.”

“In this way, they have the potential of making fewer mistakes, and of being as open as possible to seeing and understanding the profound phenomenon of human diversity.”

John Graham has done a thing or three in his life as a registered social worker and scholar.

And he’s seen some stuff: abject poverty, families delivered from harm and ruin, the trances of whirling dervishes, live exorcisms—and almost everything in between.

Over decades of practicing and researching, he’s also been nominated for and has won numerous teaching awards; has supervised to completion more than 15 PhD dissertations and masters theses; and has been on 100-plus graduate student supervisory committees as an external, supervisor or committee member.

Graham has taught and mentored numerous faculty across Canada, and has held $4 million in research funding, employing a further 50 research assistants over the past 25 years. He is completing his 11th book, following Diversity and Social Work in Canada (Oxford University Press, 2016). He’s published more than 100 journal articles and 50 book chapters. Between 2000 and 2009, he was ranked in the Top-50 most-cited English-language scholars worldwide in his discipline.

Though it didn’t come easy.

Social work is a challenging profession—you must be resilient, empathetic and objective, traits that are sometimes difficult to have on a continuous basis—but Graham has tremendous optimism about both newly minted and still-enrolled graduate students in Social Work.

“One of the most important things we do is deciding whom to admit into the program,” he says. “We need to recruit the very best bright people who care, are skilled, and who have a deep capacity to make a difference.”

Graham does caution that an occupation in social work is a lifelong learning venture that may take its toll without proper self-care.

Exploring this further, Graham became intrigued by like-minded practitioners who reported being happy with their work. His subsequent research showed that one of the key components of happiness is self-awareness.

“The key is that you can’t help someone else unless you understand yourself. This is an ongoing process, and self-awareness and self-care are critical to anyone’s success.”

It seems that Graham has discovered the sweet spot.

“I’ve had a magical career, an extraordinary life, and I’ve been enormously happy,” he says. “For the right person, social work is the most beautiful career imaginable.”

He quotes a famous poem by T.S. Eliot, “Ash Wednesday.”