UBC researcher seeks to protect where the wild things walk 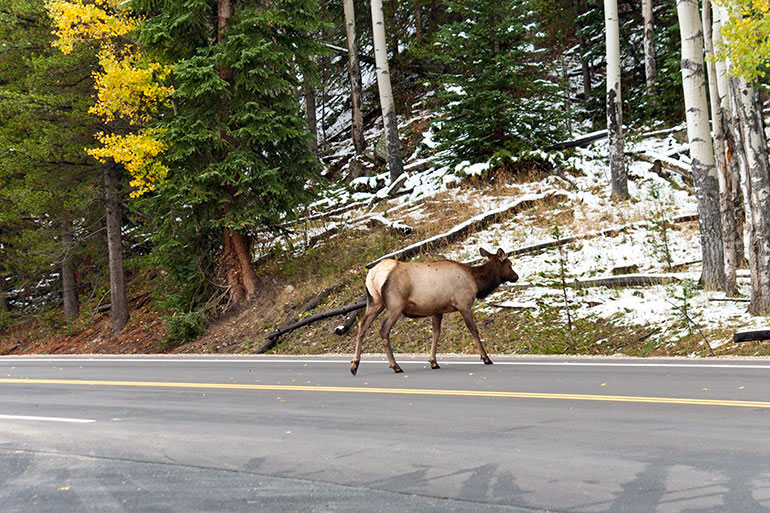 UBC research is paving the way for a route that will serve as a pilot project to protect green space and allow wildlife to move throughout the Okanagan Valley.

Kelowna was identified in the 2016 Stats Canada census as one of the fastest-growing cities in Canada. With growth comes development and UBC Professor Lael Parrott says the region is in danger of fragmenting low-elevation ecosystems and losing the habitat and movement routes needed by wildlife, especially on the east side of Okanagan Lake.

“This is the last chance we have to protect these areas which are important for at-risk species and many migratory animals,” says Parrott. “If we develop these areas, wildlife that depend on low-elevation habitats will have no chance of moving north to south.”

Four years ago, Parrott’s team began mapping and computer modelling the Okanagan Mountain to Kalamalka Lake corridor, a route many wildlife species already migrate through. The corridor, a combination of different ecosystems including large tracts of low-elevation grasslands and open woodlands, will be a one kilometre-wide area that will connect the approximately 75 kilometres between the two parks. Parrott notes this has been a collaborative effort including several levels of government and the Okanagan Collaborative Conservation Program, Regional District of the Central Okanagan, local First Nations, and BC’s Ministry of Agriculture.

In addition to protecting habitat, the ecological corridor provides many benefits for humans, including water flow regulation and filtration, habitat for crop pollinators, natural pest control and landscape aesthetics. 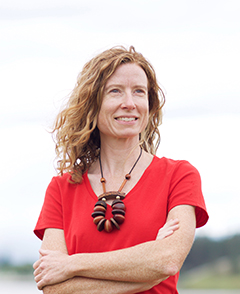 “We can’t fragment our ecosystems,” says Parrott, director of the Okanagan Institute for Biodiversity, Resilience, and Ecosystem Services. “A landscape is like a human body and is connected in so many ways. It has water running through it, vegetation and wildlife. If, like a body, it becomes fragmented, it then becomes a series of disconnected sections that don’t function well.”

The corridor is a variety of Crown land and privately-owned property. Much of the area is used for recreational purposes and is populated by animals such as elk, badger, bighorn sheep and a variety of snakes and bats. Protecting this corridor will contribute to maintaining wildlife, ecosystem function and human quality of life in the region.

“We’re hoping to set an example for many parts of Canada because our landscape and our growth and development are not unique to this area,” she adds. “This is an excellent example of UBC Okanagan research having a real-world impact. We live in one of the most beautiful places in Canada, and most of us live here because of the quality of life that comes from our natural ecosystems. We have an opportunity to develop differently, and set an example for other places.”

Parrott recently made a presentation to the Municipality of Lake Country and the corridor is being considered for implementation in the Lake Country Official Community Plan.

More information about the wildlife corridor can be found at: http://complexity.ok.ubc.ca/2017/11/06/the-okanagan-mountain-to-kalamalka-lake-ecological-corridor/