A ketone drink could help diabetics by lowering blood sugar 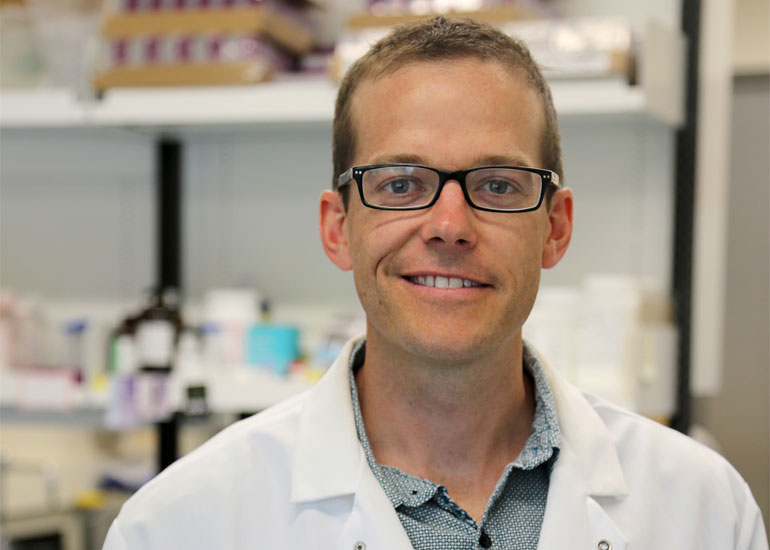 New research published today in the Journal of Physiology demonstrates that drinking a ketone supplement can lower blood sugar levels and might be a new tool to help diabetics control spikes in blood sugar.

Assoc. Prof Jonathan Little, who teaches at UBC Okanagan’s School of Health and Exercise Sciences, and researchers at the University of Oxford have demonstrated that a single drink of ketone ester—a common new class of nutritional supplement—enables better control of blood sugar in healthy individuals.

With Type 2 diabetes and obesity reaching epidemic proportions, Little says that identifying effective methods of controlling blood sugar levels is becoming all the more important. Both diabetes and obesity are associated with high blood sugar, which can damage the vessels that supply blood to vital organs and can also increase the risk of heart disease and stroke.

“Type 2 diabetes is becoming ever more prevalent and people are increasingly looking to nutrition as an alternative to insulin or other pharmaceutical interventions,” says Little. “The problem is that the effectiveness of nutritional supplements, particularly relatively new products like ketone esters, haven’t been properly investigated. We’re now starting to fill in the gaps.”

For the study, 20 people consumed a ketone monoester supplement or a placebo after a 10-hour fast on two different days. Thirty minutes later, participants consumed a drink containing 75 grams of sugar (which is a standard oral glucose tolerance test). Blood samples were collected every 15-30 minutes throughout the entire 2.5 hours process for analyses of glucose, lipids and hormones.

Little says the blood sugar spike was reduced for the individuals who consumed the ketone drink compared to those who drank the placebo. It is important to note, he says, that the study was completed with non-diabetics to reduce the confounding influence of insulin resistance, beta-cell dysfunction and medications.

“Our study was done in healthy young participants but if the same responses were seen in people with, or at risk for, Type 2 diabetes then it is possible that a ketone monoester supplement could be used to lower glucose levels and improve metabolic health. We are currently working on these studies.”

He also notes the physiological mechanisms that underpin the improved blood sugar control also need to be understood.

On the lighter side of the research, Little says making a placebo drink with a taste that matched the unpleasant ketone supplement added a bit of variety to the work.

“The ketone supplements do not taste very good and in order to blind the participants we had to make a control drink that also tasted distinctly bad,” he adds. “It made for interesting mornings seeing how the participants would respond to the taste of their drinks.”

This research was published in Journal of Physiology and was funded by a Natural Sciences and Engineering Research Council (NSERC) Discovery Grant. Little is a Canadian Institutes of Health Research (CIHR) New Investigator and Michael Smith Foundation for Health Research (MSFHR) Scholar.